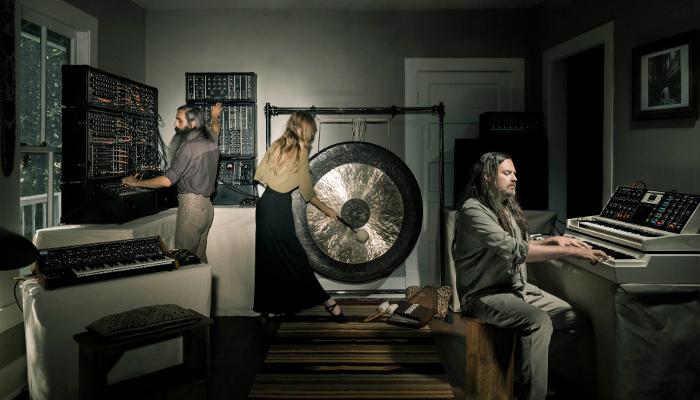 Dallas Acid produce a work of art that looks set to stand the test of time with the release of The Spiral Arm.

Texas, a state that can have a stigma of being old fashioned and conservative, has an outlying city – Austin. With a slogan of ‘Keep Austin Weird’, Austin based synth-based trio Dallas Acid does just that. Producing music that is as far from pop as possible, inspired more by early minimalist and ambient music (think Brian Eno or Vangelis), The Spiral Arm is the third release from the band.

With the twinkling synthesisers of Christian Havins and Michael Gerner, it could be mistaken that you are listening to an extended introduction of Hawkwind’s Silver Machine with the opening and title track, The Spiral Arm. Yet, soon the brilliance of Dallas Acid is showcased. The dipping and weaving of timbres create a musical narrative, transporting you to a different planet from the get-go, something that captivates you for the remainder of the album. Linda Beecroft’s breathy and focused vocals are relaxing amongst the rest of the instrumentation, and without being cheesy, is so relaxing that it’s reminiscent of an early noughties Yoga tutorial. 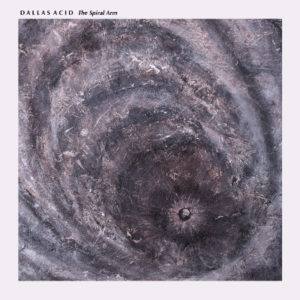 Vacker, the second track of the album, contrasts greatly to the opening. For over 7 minutes, there is little to no change in the level, only a layering of instruments and sounds that loop once introduced. Vocally, it is sung on the beat, like a chant, and a keyboard responds to each phrase effortlessly, creating an effect that is (strangely) pleasantly uneasy to listen to. It soon fades out through the use of echoes and delays, effortlessly transitioning into the next song – Circuit Jungle. This track has a bizarre mix of animal samples and spacey (yet traditional) Eastern-Asian tonality, allowing Dallas Acid to sculpt a new world once again.

And this is the beauty with The Spiral Arm. It is a soundtrack with no visuals, instead, it leaves it to the listener to create their own world. If you close your eyes whilst listening, you are able to imagine a location or scene that hasn’t been seen before. Or, if you listen in public, you become a protagonist in an arty sci-fi thriller with you the director. It is so difficult to pick apart the album track by track, as it needs to be listened to in full. It would be an injustice to focus too hard on the album that asks to be forgotten in the nicest way possible – instead, becoming the score for that very moment in time.

Listen to The Spiral Arm any way you can, as it is a masterpiece that deserves to be experienced by as many people as possible. It isn’t a pop album and it could be perceived as pretentious, but if listened to correctly it will have a profound effect on you. It’s available on everything (even cassette) but I can only imagine the impurity of vinyl’s crackles and pops will add to the album as if, it too, is one of the instruments.