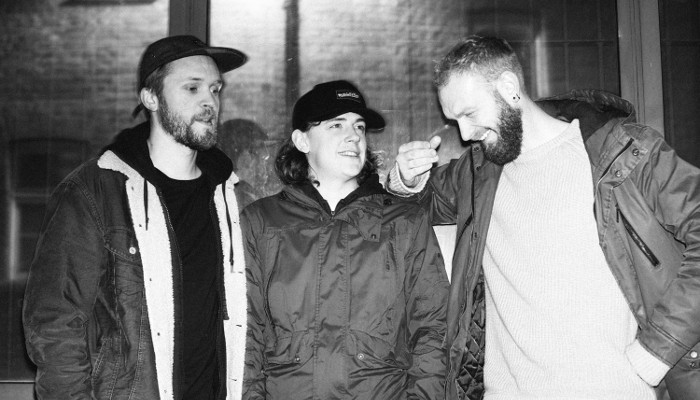 Civil Villains are set to release new EP Snake Oil on 15th November, so we caught up with the band to talk about recording, touring, and vinyl.

How long did it take you guys to record Snake Oil? Tell us a little bit about the recording process.

Recording Snake Oil was a busy few days in Bear Bites Horse studios with the hero Wayne Adams, who really pushed us and helped us get the best takes recorded, while also keeping the live, often frantic feel that we have in our performances. Dead Still was recorded in a particularly manic way, added in last minute and as such, we played it so damn fast, it’s stupid. Fun though!

What is your favourite track on Snake Oil, and why?

You can’t choose a favourite child, at least not in the earshot of the others! They each have their own favourite-inducing qualities: Red Hands shows the full gamut of what Civil Villains is; Gargoyles has great weave and dynamics and a big sing-along chorus; Dead Still is our high energy juggernaut (but the driver’s on mescaline). Soapbox is our scrappy little catchy number that even goes kind of soft for a bit – outrageous! And Siren Bound is such an epic journey. So there, they’re all our favourites!

Is there an overall message that you wanted to get across with this record?

The underpinning lyrical theme is truth and trust, lies and misdirection. These are tenements of all too many relationships these days, be they interpersonal, or larger scale power interactions between politicians and their voters. The fact the world is post-truth is old news now, but how this new state of affairs will play out and ultimately affect us all is yet to be seen. These tracks contain a few of our thoughts around this.

Tell us more about the DIY tour of North America that you guys did. How did that come about?

This was a crazy one for us. We were invited to play Envol at Macadam festival in Quebec City, and we just thought to ourselves “We may as well see if we can get some other shows!” So, we hit the emails hard, made a lot of spreadsheets with all sorts of detailed information about who we’d been emailing about shows and the such. I think the fact we were a tiny, weird band from the UK emailing regional promoters piqued enough interest that we got a handful of shows and finished in New York City, which was mind-blowing.

This is such a tough question for us, as we all have a fairly diverse taste in music, and we often get compared to bands we’ve not really listened to. Must just be the convergent evolution of the perfect sound! Some names that come up frequently when we’re writing are Radiohead, At The Drive-In, Tom Waits, Them Crooked Vultures, but really it does vary week to week, and song to song.

Is there a vinyl release planned for the new record? Do you guys listen to and collect vinyl?

Our bassist Mark is a big vinyl head, he loves taking a punt on a random collection of vinyl from the 70s on eBay, or just getting stuff he finds in a record store because he likes the front cover. He’s discovered some real gems this way. We’d love to put a release out on vinyl, we’ll see how this EP performs and plan accordingly!

What is your favourite thing about playing live shows, and which venues have you enjoyed performing?

The best thing for us playing live is that we’ve done it enough to be relaxed on-stage now, and as well as performing the songs we are having fun as three friends up there, which really comes across (or so people tell us). As for best venues, we’ve been lucky to play a lot of great spots. The Borderline (RIP) in Soho a couple of years ago stands out, as do shows at Substation in Seattle and Stylus Records in Vancouver. That last one was a tiny little basement record store stuffed full of teenagers flailing wildly to us. Ideal.

Do you have any favourite songs to play live?

We love them all! We like to keep songs moving in and out of the set so that we don’t get bored of any. This helps keep them fresh. Heathens and Cream have such a groove and it comes early in the set, so that is always fun to throw ourselves at the stupid chorus, but really we enjoy the lot.

What is your vision for Civil Villains going forward?

Right now, we don’t have any specific “do or die” goals – we are still working out whether anyone really digs the brand of noise we are making. But, we just want to keep writing songs we think are good, keep pushing for good shows, and try and get onto a few festivals over summer. Oh, and Christmas number one, obviously.

You can check out the Vinyl Chapters review of Snake Oil here or head over to the Civil Villains website to find out more about the band.