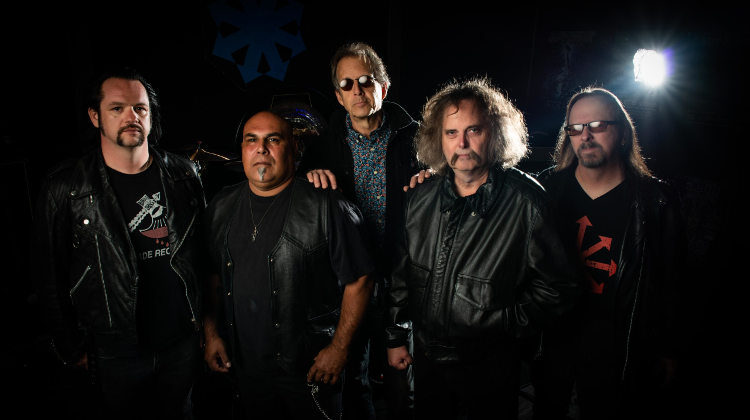 Striking whilst the iron’s hot – Cirith Ungol capitalise masterfully with Half Past Human, an EP for the ages.

There was much speculation that arose around Cirith Ungol when the band announced what would have been their first album in over 30 years, with 2020’s Forever Black. Well, far be it from them to cease whilst the wheels are greased, as just a year later, and Ungol return with a solid slab of doomy new wave to feast your ears on.

If you’re at all familiar with Forever Black, you’ll no doubt be aware that the production benefited from a cleaner, less crunchy, finish than the band’s prior albums such as One Foot in Hell or Paradise Lost; not to say that there isn’t a significant bite to the mix, which returns gloriously in full force.

Brutish Manchild was the first song released as a single before the EP dropped, and it sets the tone appropriately. Tim Baker’s voice is as effervescent as it ever was, bolstered beautifully from the screaming leads of Jim Barraza with power chords and palmed progressions exciting with ease.

It may have been over a year since the band’s resurgence record, but for me, the novelty has not worn off yet. I’m greeted by a similar feeling of warmth and passion that I became increasingly familiar with in 2013 and 2014 when Carcass and At the Gates made their triumphant comebacks, respectively.

Route 666 is a classic in the making through and through; sure to be a crowd-pleaser once the venues can reopen their doors. I am quickly reminded of that 70s angst and Motorhead levels of energy that come storming through the gates in those opening seconds. Energy is the one word that summarises exactly what Ungol were always masters of commanding, something that can be attested to three decades later. To say nothing of that spectacular solo that creeps its way into the song’s latter third, would be damn right criminal.

It is the title track itself that harbours the most surprises, however. If it isn’t the emotionally laden performances from the entire band, complete with the oppressive power ballad nature of the first half, then it’s the strength of the lyrical composition: “To feed the war within”. Powerful stuff, to be sure.

Overall, If you were a fan of Forever Black, or the Cirith Ungol albums of yesteryear, then it’s highly likely you’ll love this release just as much. Genuinely, I would recommend this release to fans of heavy metal in all its forms, especially if you missed these guys the first time around.