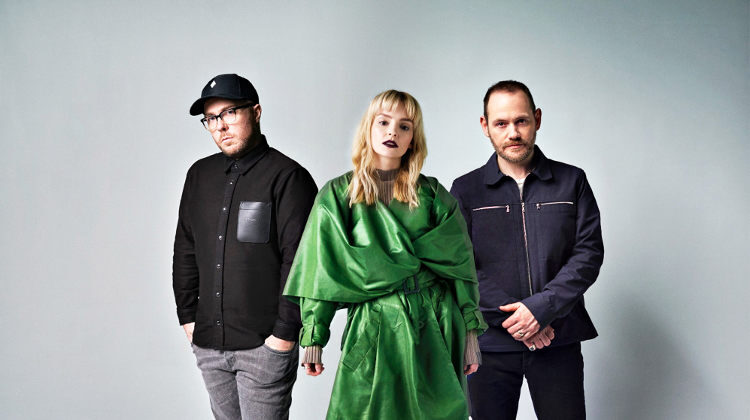 Screen Violence, the fourth studio album by Scottish trio Chvrches, is a raw and honest reflection on regrets, lockdown life and vulnerability.

The title is both an allusion to the group’s musical past (a former contender for the band’s name) and the circumstances in which the album was conceived; being mostly produced remotely during 2020. As Lauren Mayberry notes, once one begins a journey of self-reflection through music, “it’s safer for it to be more open and vulnerable.” Above all, this album is an extraordinary testimony to the group’s ability to combine direct, detailed lyricism with euphoric soundscapes.

The signature Chvrches production of swirling, atemporal synths opens the album. As this introduction lays the ground for Asking For A Friend to unfold, Lauren Mayberry’s voice cuts through the texture with a sharp assertiveness, which grows in tandem with the uplifting building of texture. This distinctive production prevails throughout most of the release. That said, the more piano and/or guitar-driven tracks like How Not To Drown and Better If You Don’t demonstrate the versatility of the Chvrches sound. The former boasts a temperament of angst and resilience, whilst the latter explores a mellower, sparser texture.

The lyricism across the album is direct and impactful, but its musical setting is where the intelligence lies. Although Asking For A Friend is built on assertive, reflective statements (“The past is in the past/It isn’t meant to last”, “I filled my bed with my regrets/But it hasn’t killed me yet”), the repetition of “Can we go…” set to a slow, disjunct melody prolongs the track’s underlying anxiousness.

The lyrical excellence of Screen Violence comes to the fore most on tracks which discuss expectations of women (He Said She Said and Good Girls). The string of (disappointingly unsurprising) statements on He Said She Said (“Be sad, but don’t be depressed”/“Get drunk, but don’t be a mess”/“You need to be fed, but keep an eye on your waistline”) create simultaneous frustration and anticipation for the triumphant chorus, in which the  line “I feel like I’m losing my mind” is set to an interval of a descending minor sixth; creating instability before temporarily resolving on the word “mind”.

The excellence of Screen Violence is threefold. It lies in the album’s overall themes (self-reflection and the prevalence of technology in the band’s career and lives), musical broad brushstrokes (signature production and sound) and the finer details (lyric setting). This combination creates an effect that is nothing short of captivating.

As lockdown restrictions ease and we reflect on the collective experiences of the last 18 months, perhaps the best way to process such events is through this honest and open approach that Chvrches have taken (“So televise the great disaster/ We’re better off inside of the screen”, Lullabies).