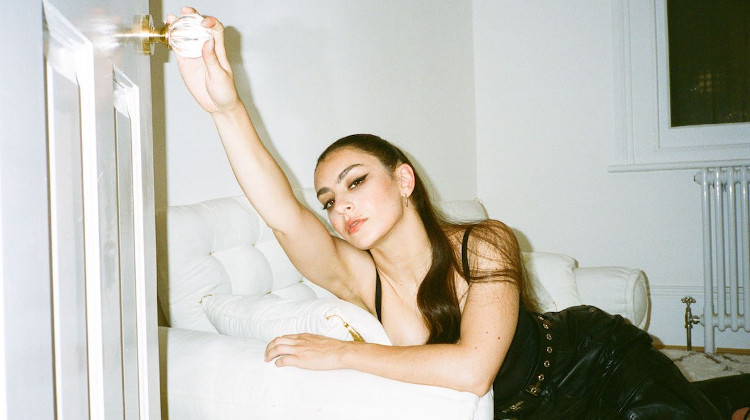 Pop pioneer of the 2010s, Charli XCX, only released her previous album, Charli, eight months ago; in that short amount of time, we find ourselves in a whole new world. Her latest album, How I’m Feeling Now, is an honest reflection of the situation.

Slap bang in the middle of a global pandemic, we as a human race all find ourselves in a strange situation of quarantine or isolation – and it isn’t exclusive to the average joe. Whether it be people working 9-5, politicians, movie stars and everyone in-between, we are all in the same boat. Musicians, in this instance Charli XCX, are learning to adapt to the current climate. Her latest album How I’m Feeling Now, has been written and recorded in six weeks, directly from her quarantined home.

Opening with the track Pink Diamond, it is Charli at her usual self – and you’d be hard-pressed in noticing it has been recorded away from a studio. The use of synthesisers and the overall quality of the recording is splendid. Though she has certified herself the world over (a true master of modern pop), her English accent and charm still shine through. Instrumentally, it begs to be played at maximum, with the industrial atmosphere sure to go down well in the clubs – once they reopen of course. Lyrically, it is repetitive but is exactly what the track needs. Pink Diamond is the energetic opener How I’m Feeling Now warrants, leading into (slightly) slower and more heartfelt songs.

What is great about Charli XCX is her ability to form catchy pop tunes (which she isn’t afraid to keep simple), whilst remaining honest and personable. Asking questions about herself, love and relationships (most notably Enemy, a track for the over thinkers, with Charli pondering how someone close to you could easily become your greatest foe), there is little mention of Covid-19 throughout the entirety of the album. That is until the penultimate track, Anthems. Again, another classic upbeat tune we have come to expect from the Cambridge born artist, with a chorus drenched in auto-tune. However, when listening to the lyrics, you’ll soon realise it is bound to become the anthem for this pandemics youth. By combining the songs of feel-good ’90s European dance beats with lyrics such as “I’m so bored (Woo)/Wake up late, eat some cereal/Try my best to be physical/Lose myself in a TV show” (and later mentioning everyone’s vice, online shopping), she has written a song that unites a globally relatable sombreness with the positivity we all need. Furthermore, it’s uniqueness to this exact time, makes it that much special.

Is this album for everybody? No. Is How I’m Feeling Now groundbreaking? No. But what it is, is proof that art can still be birthed and breathe under any circumstance. It is an example of how advances of technology have allowed musicians to collaborate digitally, proving to younger artists that hiring an expensive studio is not a necessity in producing radio-worthy music. Credit has to be given to Charli XCX and the producers for creating a solid time capsule of an album, in extreme circumstances, without any physical interaction. With the (what should be) the festival season approaching, pull your household into the sun and blast How I’m Feeling Now, it’s the closest you’ll get to feeling like you’re at Glastonbury.