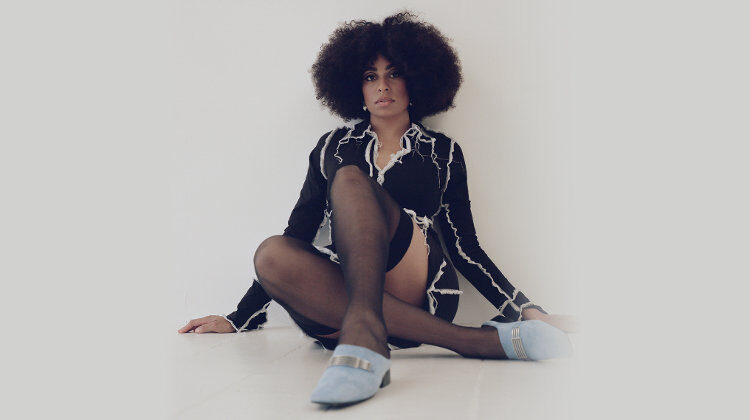 “’Not Your Muse’ is the power I found when I felt powerless…In making this album I have allowed myself to arrive at a place where I feel empowered, fiercely wide-eyed and fulfilled” Celeste (December 2020)

It is impossible to describe this album in better words than these. Celeste is a remarkable musician, having already bagged a BBC Sound of 2020 and BRIT award before releasing Not Your Muse. Her debut studio album is a poignant portrayal of raw emotion, artistic versatility and musical excellence. With tracks that have featured in the John Lewis Christmas Advert (A Little Love) and the soundtrack to Disney’s Soul (It’s All Right ft. Jon Baptiste), the deluxe edition of this release is nothing short of spellbinding.

Although this album exhibits a number of styles and moods, Celeste’s distinctly intimate and soulful sound is present throughout. Even when collaborating with other artists (e.g., Lauren Auder and Jon Baptiste), Celeste’s sound is never compromised, as she carefully chooses collaborators who compliment her signature sound.

What Celeste excels at most is using simple building blocks of timbres and lyrical content to create something exquisitely profound. The single Strange exhibits this perfectly, with drawn-out lyrics that invite us to consider the bizarreness of how “people can change from strangers to friends, friends into lovers, then strangers again”. The opening track Ideal Woman plays with time, with the slow and ethereal guitar accompaniment becoming almost atemporal against Celeste’s winding voice; as the texture builds through layering of instrumentation to create something truly sublime.

As well as having a distinctly ‘Celeste’ sound, this album beautifully exhibits the versatility of her voice and songwriting ability. Many of the tracks follow an instrumental formula of slow, sparsely textured voice accompanied by guitar, but Celeste uses the extra tracks on the deluxe edition to explore darker sonorities and slower tempos (Lately ft. Gotts Street Park and Both Sides Of The Moon). While the retro instrumental of Tonight Tonight brings out the soulful tones of her voice, it is difficult to place any of this music in past musical styles when it feels so incredibly fresh and grounded.

What is so remarkable about every track on Not Your Muse is the seemingly natural and flawless execution, to the point that the use of birdsong in The Promise does not seem out of place at all. The final track, I’m Here, encapsulates this beautifully, as the piano and voice use a simple chord progression and static melodies. Only an excellent musician could execute this with such beauty and effortlessness the way that Celeste does.