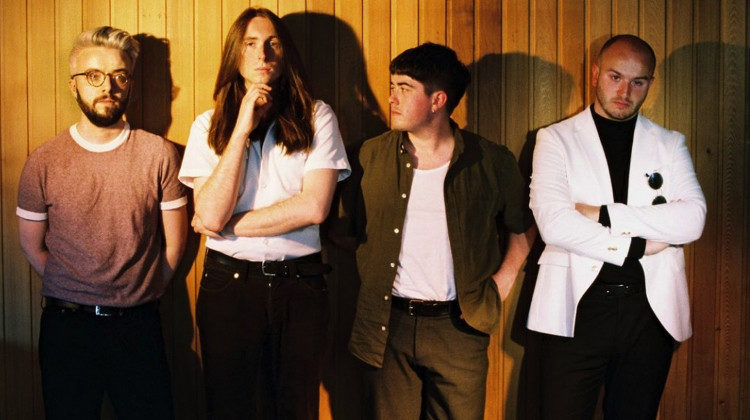 Glaswegian group Catholic Action have made their moment last on their second album Celebrated By Strangers, full of bright, indie rock loveliness.

Following on from the success of their last album In Memory Of a couple of years ago, this is a perfect album for lovers of synth music and Electro Pop. They have recently been applauded by the likes of Annie Mac and Jack Saunders on Radio 1, Huw Stephens on 6 Music, John Kennedy on Radio X, and a long list of other big magazines and online outlets. Scotland has not suffered in popular indie bands over the years, with the boys following in a long line of Glasgow indie smash surprise successes including The Fratellis, Travis, and Franz Ferdinand. It is a heady history indeed and a lot to live up to.

Interestingly, in these days of social distancing, lead singer Chris McCrory has said that he wanted to use the studio as an instrument. This is a very interesting concept and is a comment that could also signify the future of music creation in an age where all live gigs have had to be halted.

Another name for Loneliness could be seen as directly reaching out to this mindset and is an interesting piece in the current social climate. It’s a confident and funky track with smooth production and slick vocals. Polished and easy to listen to. This track has a beautiful and positive vibration to it and is appropriate for the current social restrictions but not in a negative way. It is a song filled with hope which is much-needed during difficult times.

Glam Rock is a signpost on the album, and I’m No Artist taps indirectly to the heady influence of Mr David Bowie and shamelessly borrows from his legacy. It does, however, still maintain the band’s own distinct character. It has that feel of Scary Monsters-era Bowie. Yr Old Dad has a great ‘sing-a-long’ presence as the bassline walks the track forward with Chris McCrory’s vocals soaring above the music, only rivalled by a rising Queen-esque riff that cuts in once in a while. Sign Here is a more subtle and soulful affair with a bit of psychedelia thrown in for good measure, showing another side to this talented band.

Celebrated by Strangers is unique as it is familiar. This is an album that will take you through an age of social distancing with the most unique and talented company. Catholic Action have created a great follow up to the band’s previous success from 2017.