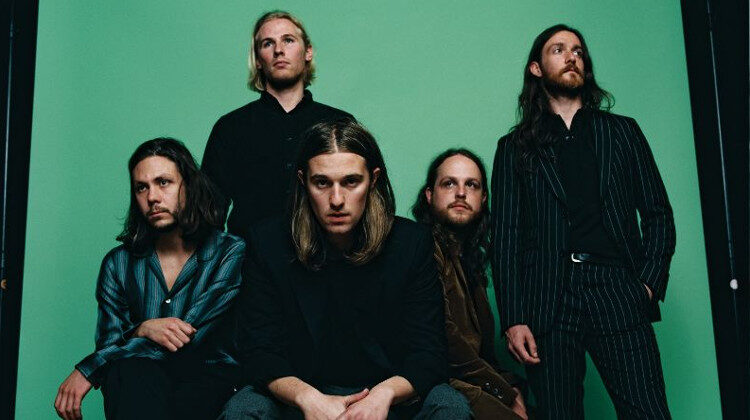 Broken Hands finally release a followup to their exceptional 2015 debut, but have those five years hindered their momentum?

It’s been a long five years since Broken Hands released their debut album, Turbulence, both for fans and the band alike. Having announced signing to Atlantic Records in 2018 for their follow up record, they have since toured the world, scrapped the album and left Atlantic. A complete overhaul. Turbulence was original and exciting, something that matched their live energy exactly. There was also consistency in branding which made Broken Hands unique to anything else. Now, half a decade later, are they still that breath of fresh air on Split In Two?

Opening track, Can You Feel It, is typical Broken Hands, with their heavy playing swarmed by synthesisers, whilst lead singer Dale Norton wails in his Liam Gallagher-meets-Ozzy Osbourne tone. As the album progresses, their abandonment of the space-voyage theme clearly damages them. Second track, Lazarus, could fool anyone as an Indie pub bands first single, whilst on the other hand, the following track (Friends House) sounds like it didn’t make the cut as a WWE entrance theme with its emo introduction. There are the occasional outliers (most notably Mess), but for the most part the atmosphere and excitement they were able to conjure on their debut is all but gone. Turbulence was a concept album in every sense, with each track blending into the other and keeping its own identity, Split In Two, however, has little cohesion or direction.

Saving the album right at the end is final track For The Night. Unlike any other song the band have previously released, it is a ballad that’ll raise the hair on anyone. Swapping heavy distortion for plucked guitars and a slow beat, it is full of sections that are easy to sing along or even sob to. There were hints of ballads on the previous album (mainly Impact), but this time, For The Night, is way out of the band’s wheelhouse sonically without them sounding out of their depth. Once picked up by the right people, it wouldn’t be surprising if this song itself pulls Broken Hands into the mainstream and becomes an anthem that closes their future gigs.

A lot of follow up albums are rushed into existence without giving the artist time to think, on the other hand, Split In Two is an example of having too long to think. Where Turbulence had the advantage of an obvious theme and direction, this album has the tunes without any of the prior excitement, with too many years for the band to second guess themselves. Thankfully, as multiple songs on the album prove the band still have the ability and talent in them, now that the ‘difficult’ second album is out of the way, they should be able to steamroll and build back momentum for their third release.