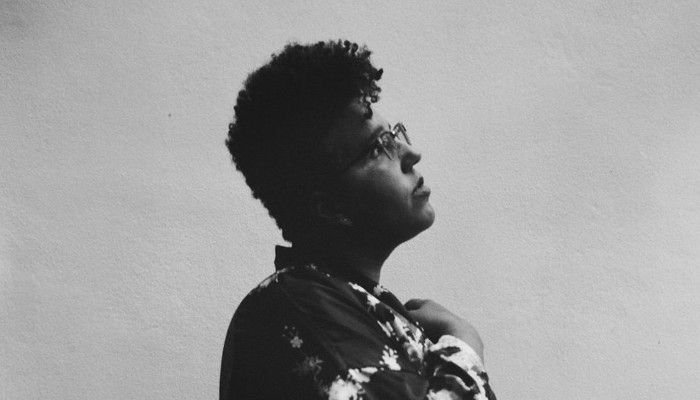 Brittany Howard announces herself as a force to contend with and snips off the ‘Americana’ tag on self-produced Jaime.

Following the huge success of Alabama Shakes, lead singer and guitarist Brittany Howard felt the need to chart her own path for a growing kaleidoscope of songs inspired by her journey through a remarkable upbringing, and now life as a musician. Going solo can only have been emotionally and musically necessary – many will be surprised given Shakes elevation to a truly celebrated band. But one always had the sense that Howard’s magnetic persona would need a trajectory of its own. 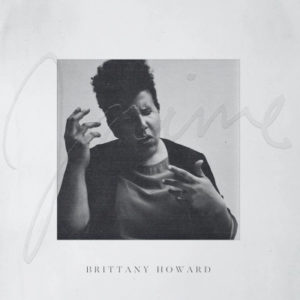 Jaime plays like a dreamy collage of genres and moods, put together as a scrapbook that leaves the feeling of turning the pages of Howard’s own emotional evocation, song by song. But the emotions vary wildly in scope. From Goat Head, which muses on the farce of racial classifications and recalls her own memories of abuse, right through to 13th Century Metal, a sermon of gothic keyboards and metronomic drums which offers a nod to Young Fathers. There’s still space for the rootsy origins – Short and Sweet is a gorgeous porch-front rocking chair ballad with only a simple guitar and a story of Howard’s own music-making in the mix – but they’re very much in competition with jazz, hip hop and RnB that have blown in on the gust of Howard opening the windows to the world as a solo artist.

Whilst Howard uses the record as a vehicle for her spectacularly versatile voice, some moments feel a little unnecessary. Album closer Run to Me is one example – a thick and woozy slice of 80s fug, a call to followers in the mould of Prince circa 1999, and frankly, a little bit strange in the wake of the quality which precedes it on the LP.

She sounds more convincing when she’s sounding utterly fierce. The wonderfully infectious twitchy funk of History Repeats or the swampy stomp blues of He Loves Me, are overlaced with scraps of speeches from political rallies and prose. 13th Century Metal is Howard’s own pulsating delivery from the pulpit, as she warns that she is “…dedicated to oppose those whose will is to divide us!…”. Georgia is a hymns-meets-synths vignette about the girl across the room, borrowing the licks and tricks of D’Angelo and Sharon Jones, but bringing them with quirky joy to Howard’s own particular congregation of followers.

However, the real success of Jaime is found in Stay High. Delicate, sunny, and beautifully produced, shades of the Staples and Springfield rise and tumble around a glockenspiel and layers of Howard’s overdubbed choral vocals. It’s not the angriest track but is nothing short of sublime. No wonder that label ATO gave her the freedom to musically roam, write and even produce the album herself.