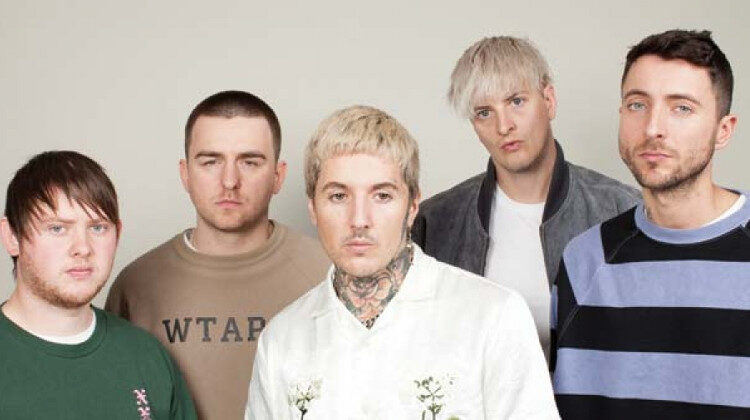 Bring Me The Horizon are back with their apocalyptic EP, Post Human: Survival Horror.

Written as a means of coping with the COVID-19 pandemic, the tracks on the latest Bring Me The Horizon EP comment on humanity’s precarious existence through a mix of hard rock, thrash metal, and electronica. As the title Survival Horror suggests, listeners are in for a sobering experience as the band takes no prisoners in their criticism of society, tackling subjects that range from diseases to governments to climate change.

The opening track is Dear Diary, a raging piece of thrash metal written from the point of view of someone who appears to be turning into a zombie. Many have pointed out the allusions to the original Resident Evil, which features a series of diary entries written by someone slowly succumbing to the effects of the fictional t-virus. This is particularly apparent in the lyrics ‘Dear diary, dog stopped barking, probably ’cause I ate his face / “Tasty, itchy,” TV say there’s no more human race’, which are reminiscent of the haunting final diary entry in Resident Evil, ‘Itchy. Tasty.’, written after the t-virus victim loses his mind and eats his friend. The music is as chaotic as the song’s subject matter, with intense drums and a piercing guitar solo, with  the rest of the album being just as unsettling.

The following track, single Parasite Eve, commands us to question the way countries have handled the pandemic. This is certainly one of the more chilling songs on the EP, with a gritty pre-chorus that builds up to an explosive nu metal sound as lead singer Oliver Sykes asks if, “When we forget the infection / will we remember the lesson?” In any case, one thing we won’t forget is the song’s eerie outro as a robotic female voice repeats the phrase “we cannot save you”, gradually fading away until we are left with nothing but the feeling of dystopian horror.

We are later presented with the opposite point of view in Obey, which features YUNGBLUD and is said to be written “very much from the side of the oppressor”, according to an interview with vocalist Oliver Sykes. Musically, it’s not the most original-sounding track, but the chorus is catchy and the subject matter makes for some interesting pandemic-themed debate. Meanwhile, Kingslayer features Japanese kawaii metal band BABYMETAL – a collaboration I never thought I’d see (and I still can’t decide whether or not it fits). The Japanese lyrics in the second verse work well, but the chorus, though melodic, risks sounding too much like an anime intro song.

1×1 (featuring Nova Twins), on the other hand, is slightly less heavy than most of the other songs on the album and is almost reminiscent of a Linkin’ Park track. The piano adds a welcome soft touch to the angsty music, which is full of personal lyrics and showcases Sykes’ vocal ability.

Finally, we come to the last song on the EP, One Day The Only Butterflies Left Will Be In Your Chest As You March Towards Your Death, featuring Evanescence’s Amy Lee. This particular track stands apart from the others as not only is the instrumentation darker and more haunting than the rest of the EP but it concentrates on a very real problem that we all face: climate change.

Overall, Post Human: Survival Horror from Bring Me The Horizon is a mixed bag. The EP is powerful in places, but the less-than-excellent execution in parts of it detracts from the overall message and a few of the songs end up sounding too similar to one another. Nonetheless, the subject matter is highly relevant and Sykes’ vocals are to be admired.