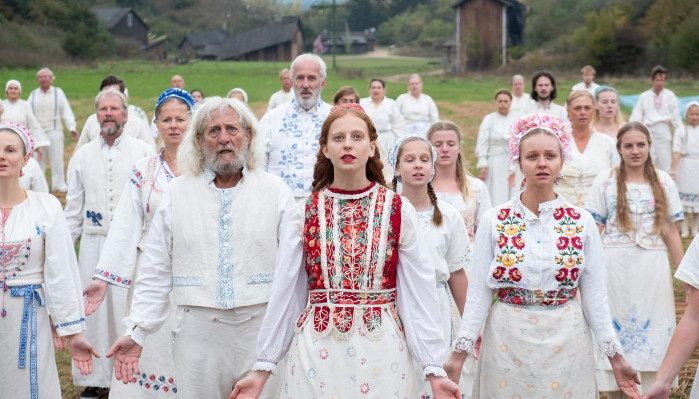 The British electronic producer Bobby Krlic, otherwise known as The Haxan Cloak, has carved out his own shadowy niche in the firmament of contemporary music as a purveyor of transportive and queasy soundscapes which frequently invoke the psychic orbit of horror. His last album on Tri Angle, 2013’s Excavation, pressed these rustic Wicker Man buttons with intensity, desolation and a liquid ecstasy, so when it came to choosing someone to soundtrack Midsommar, a daylight nightmare about ‘wyrd country folk’, pagan rituals and gore, there was only going to be one outstanding candidate for its director Ari Aster.

The London-based musician’s score, as sweeping and bewitching as the radiant Scandinavian landscape of the film’s setting, looks beyond the smiles of a summer day and conveys the latent horror nestling behind Aster’s brooding, chilling and psychedelic magnum opus, the “twisted fairy tale” of the Midsommar festival in remote Northern Sweden. Marshalling his resources and mapping the album’s trajectory with a restless imagination and a dumbstruck beauty, the producer’s gorgeous soundtrack employs four modes of register to amplify and mirror the trauma of the film: glacial ambience, pastoral flourishes, punches of dissonant noise and the cavernous ‘witch-house’ with which Krlic made his name. 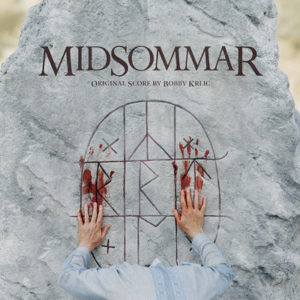 Strings weave mournfully around a gloom trance of echoing percussion, muffled cries of anguish and tidal synths. Some of the pieces here summon subliminal echoes of ancient hymns and airs, others are enveloped in water-logged dub. Each track dovetails perfectly with the movie’s sense of hypnosis and surrender, folding in layers of unbearable tension, splashing crescendos and soothing catharsis.

The opening Prophesy beckons listeners in with a brief burst of harp, choral voices and celestial violins, before Gassed takes us in a wholly different and freaked-out direction, stretching out the mounting dread and excruciating panic with scratchy strings before the percussion descends into gratifying abrasiveness. Halsingland floats in an Eno-like haze for most of its duration but then draws the rug from under the listener with a sudden, piercing injection of growling bass, oppressive, ‘Psycho’-like violins and groaning cellos.

The Haxan Cloak is a master at juxtaposing moods and elevating events unfolding on screen, witness his exquisite segueing of the aqueous reverie of Attestupan into the jagged, blood-spatter lurch and jackhammer of Ritual in Transfigured Time. The majestic The House that Harga Built pivots around a melody of burnished orchestral majesty, filling your mind with dreamy landscapes and Disney-style wonder. Similarly, the plangent The Blessing is an uplifting outpouring of wavering strings worthy of Max Richter, culminating in an ascending theme of dulcet bliss.

Krlic’s swansong is the stunning lament, Fire Temple, which accompanies the movie’s crooked denouement of release and relief. It’s a glorious, lush adagio, all shimmering orchestral swells and subtle nods to classical composers such as Mahler, Bruckner and Wagner.

With Midsommar, Krlic’s quicksilver music is in dialogue with the cranky tropes of folk horror but has the sure-footed assurance to strike out on its own terms, balancing the abstract wheeze and atonal astringencies of musique concrete with sinister snippets of ritualistic vocals and intensely melodic themes of dreamy and doleful symphonic sounds. It makes for an enveloping, immersive and disarming listen where an impressive clarity of texture and command of atmospherics are suffused with a tangible feeling of ancient folk. This innovator has concocted his finest work yet, a tone poem of frayed, ruptured dread turned slightly askew and cloaked in a veil of glazed expurgation.