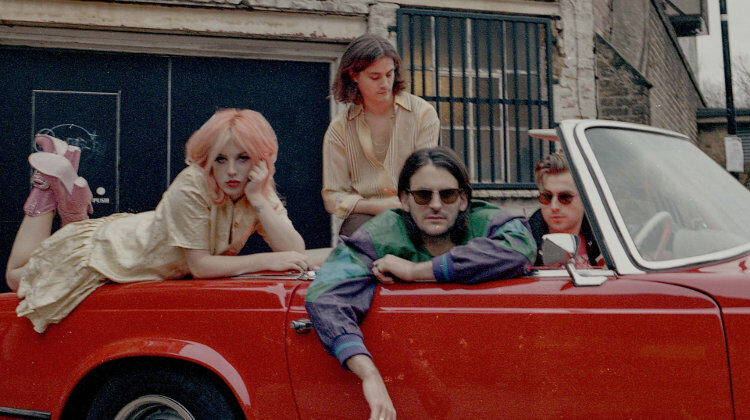 Black Honey, one of the UK’s most varied rock bands, refuse to be tied down on their second record, ‘Written & Directed’.

The thing that grabbed me right away with Black Honey’s newest release was the distinctive reference to one of cinema’s greatest auteurs, Quentin Tarantino. One can speculate over the title of the record, a clear homage to the movies, though there is no denying that infamous quote from Django Unchained, “I like the way you die, boy,” has never sounded better than on the song of the same name.

Indeed, there is a distinctive spaghetti western feel that runs through the veins of the more guitar-driven songs on this record; equally refreshing on top of the guitar production is the fresh and inventive implementation of overdriven electric riffs, synths, and a flatter approach to percussion.

This philosophy is best expressed through I Do It To Myself and Gabrielle, the latter of which is a gorgeously sung, and effortlessly voiced closer that ties the album together blissfully.

The throwback feel is constant throughout the album’s duration. I am particularly fond of the stomp-clap progression that is found in the backbeat of Beaches and equally enamoured by the surf rock riffs and 1950s style drumming patterns present on the energetic enigma that is Run for Cover.

For as much a fantastic guitarist as Izzy Baxter Phillips is, and that should not be understated, her greatest strength here is the deceptively catchy pop-rock vocal performance. It is apparent that she is a phenomenal songwriter with a great head for dynamics, but the way that she embodies the singing prowess of Joan Jett and Debbie Harry in the modern age of post-processing and autotune worship should be highly commended.

Back of the Bar is a slick track that is fuelled by a straightforward, yet impeccably effective bassline before the hazy chorus kicks into overdrive. It has no right to be as infectious as it is, and yet, it is one of the album’s high points.

The singles released earlier in the year have done a great job in selling in the vibe of the band well; Believer being a live anthem for all those stuck at home. The climax of the track resulting in a glorious flourish of triumphant brass work and fitting backing chants. Apt perhaps in current times, Disinfect is riotous and chaotic; ruled by a sharply tinged bass riff, revolving around that defiant shout of the song’s title.

Special mention goes to Fire. A sterling example of musical empowerment, with lyrics addressing a poignant problem in our society, and sadly one that is resulted in tragedy very recently in London. Perhaps now more than ever, the phrase “it’s my body, I make the rules” is a sentiment that we all need to take to heart.

The blend of anthemic pop-rock that the band is producing is sure to fill the void for fans of similar acts such as Ireland’s Walking on Cars who disbanded late last year. It’s clear now that this combination has many new and exciting territories to venture forth into with Black Honey at the forefront. That’s right everyone, rock is not dead.