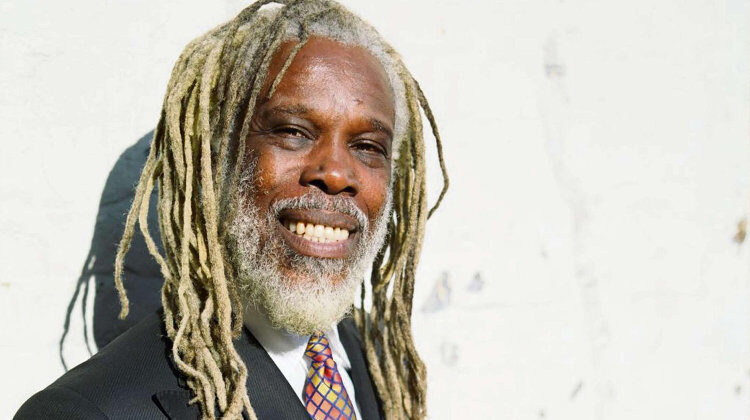 Billy Ocean is a pure legend. Fact. Self-deprecating and humble in person, Billy Ocean has a powerful character and sure-fire hits up his sleeve, the most famous of which date back years.

Billy Ocean’s music has formed the fabric of many people’s lives and he became hugely famous as a superstar in the eighties as a bringer of Soul Music to the masses with world-famous hits such as Caribbean Queen (No More Love on the Run), Suddenly and, of course, the hugely popular 1984 hit When the Going Gets Tough from the movie Jewel of the Nile which he performed with Michael Douglas, Danny Devito and Katherine Turner. Now Billy returns for his eleventh studio album, One World, and typically Billy has created this album in his usual low key and authentic manner.

Billy is a Trinidad and Tobago born star who was recently awarded an MBE. His life attitude is overwhelmingly positive and is a story of triumph over adversity and a real inspiration to all. One World’s mission is to be a positive album and any songwriting that offers unification and hope at this strange time has to be welcomed.

One World sees Billy reunite with producer Barry Eastmond who wrote and produced several of Billy’s biggest hits. Billy co-wrote all the tracks on the album. This is truly a record about love with such track titles as We Gotta Find Love, Love You More and Feel The Love. We Gotta Find Love is a straightforward plea for the world to come together and find something better: “We’ve got to find love until it takes us to the threshold of freedom, we’ve got to find love If we wanna find there’s no difference between us.”

Surely if there might be a global concert following the pandemic this would be the perfect album to unite us all globally again. The stand out track is the reggae-inspired All Over the World where Billy is accompanied by a children’s choir. It has a laid back mellow vibe, although the message is a serious one. Billy’s attitude to the pandemic is extraordinary and positive: “The time it’s giving you to reconnect with yourself and reconnect with other people, and reconnect with life – look around you and see what’s happening, because we go at such a rate that we miss things.”

One World is an album that seeks to connect with people and does so in an uncomplicated direct and natural way. People will be reached globally by Billy Ocean’s music and his clear and pure intentions shine out throughout this album. One World is a gentle reminder to look for the good things in life no matter how tough life might feel at this present time.