Home » articles » Biffy Clyro: The Myth of The Happily Ever After – Review 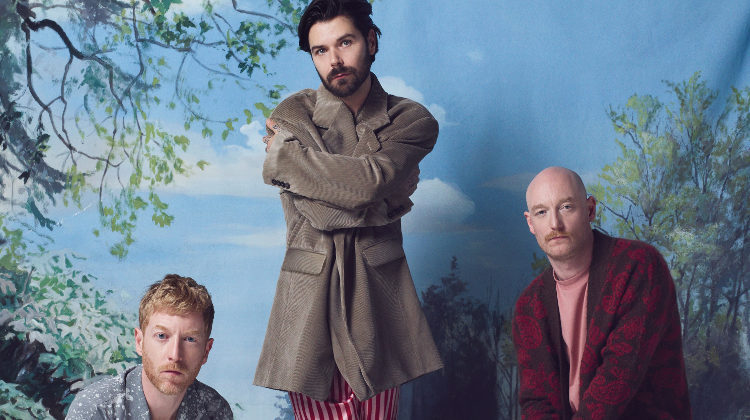 For an album consisting of cast-offs and throwaways, Biffy Clyro’s latest work is full of poignance, relevance and comes together as a cohesive body of work.

For many artists, the circumstances of the last two years gave rise to some incredible music. Biffy Clyro are no exception. A year on from A Celebration of Endings, they return with a much more thoughtful, reflective collection of songs – originally cast-offs – in the form of a sister album that conveys the rollercoaster of lockdown emotions.

The Myth of The Happily Ever After is very well crafted from start to finish. Opening track DumDum lures you in with its airy melody, laced with soft sounds and synths, but it’s juxtaposed by bitter, nihilistic lyrics about lies, narcissism and essentially screwing things up, and slowly becomes more and more warped with a crescendo of gnarly guitars. In an interview with Apple Music, Simon Neil said ‘the song is about my exasperation that people are so sure of themselves. Especially in this world that we live in, I don’t know how anyone can be so convinced that what they believe is the only way to live.’ It’s a little left field for the boys and they continue on this path for a few tracks on the record.

With its colourful electro-pop, space-age sound, Separate Missions doesn’t sound like a Biffy Clyro song. If it weren’t for the distinctive Scottish vocals, Ben Johnston’s pounding drumbeats and the roar of guitars just before the final chorus, it could very well have been a track off Bastille’s upcoming LP. A ‘sleezy, lounge lizard’, as Neil put it to NME, Haru Urara gives off slick R&B vibes and is all about hope and optimism – the title is quite literally the name of an old racehorse in Japan that lost all his races but singlehandedly saved a local racetrack from financial ruin. And Existed propels them into completely new territory. The only organic instrument on the whole track is an acoustic guitar; instead, it’s full of loops, keyboard, synths, and gives off a sort of textured soulfulness.

Don’t worry though; if you were hoping for that classic Biffy sound, they don’t disappoint. Denier may have started out as a folk song in the drawing-room but ended up being a 3-minute shy explosion about gaslighting in a toxic relationship that sonically feels like it lives a few eras back in the band’s history. And the same could be said for A Hunger in Your Haunt. It’s a classic headbanger, frenetically charged from start to finish. And the energy in the music mirrors the frustration in the lyrics: ‘My mind is crying out for stimulation / It’s been dark a while so where’s the… dawn?’ In those few words, Neil summed up the lockdown experience for many of us. But the track is also a wake-up call, a reminder to find ‘a hunger in your haunt’. ‘You need to get a fire in your belly and get up and do something, because no-one’s going to do it for you. It’s like a self-motivating mantra’ Neil told Kerrang!

After the death of close friend, Scott Hutchison (Frightened Rabbit), the band wanted to put out a song that shed light on the struggles of depression and the prevalence of male suicide: ‘Deviation, mutilation, self-abasement, what a chore / For only one more day.’ But whilst everything from the flood of sounds to the immense detail in the lyrics of Unknown Male 01 communicates the experience of being overwhelmed by dark thoughts, the main message is to reach out. ‘Jump out to the unknown / I’ll catch you on the way down / Hold tight, I won’t let go / We’re on our way, together into the unknown.’

Much like sister track Cop Syrup, closing song Slurpy Slurpy Sleep Sleep is comprised of three parts, and begins and ends with a relentless energy. It builds until your head feels like it’s going to explode, Ben Johnston’s crazed beats and the incessant distorted intro thrumming in your ears. But this time, they’ve decided to end the record by sharing the message of love that they pulled out of lockdown: ‘Life is a sad song we only hear once / Before thе rhythm stops / Before it ends, please give love to everyone / Give love to everyone.’

Upon first or second listen, some of the tracks do blur into one another and it sounds like a bit of hard rock there, some synths here, a ballad inserted in the middle to break things up. But the more you listen to it, the more you recognise the nuisances – which is not a word I previously would have used to describe their work. Time, distance, and disconnection from the world clearly gave the trio a lot more to think about and experiment with, without the pressure of scaling a record up for the stadium shows. The Myth of The Happily Ever After grows on you with each listen, and despite being a mishmash of throwaways, the themes woven throughout tie the whole thing together.