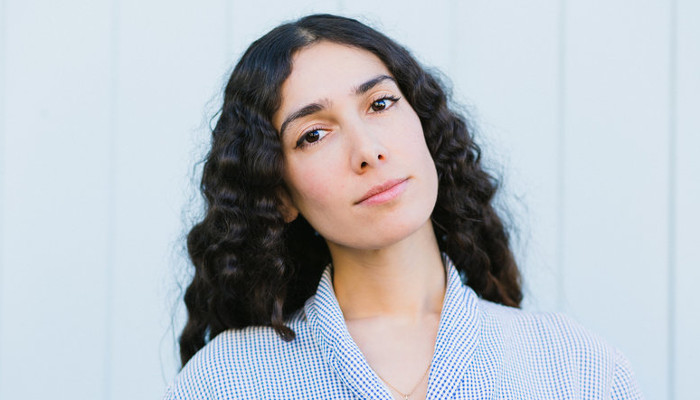 On her second album, the folk singer-songwriter Bedouine pulls the rug from under her listeners by adding subtle and enticing embellishments to her pristine chamber-folk sound.

The Syria-born, Los Angeles-based singer-songwriter Azniv Korkejian, aka Bedouine, entered the wider musical consciousness in 2017 with her self-titled album on Matthew E White’s Spacebomb label, a wispy, understated and beautiful effort which alerted the world to a rising talent. Her Seventies folk leanings and graceful, angelic and calming vocals resonated with many a taste-maker and listener, deservedly plonking her in numerous end-of-year lists.

Her new release, Bird Songs of a Killjoy, is steeped in the same sunny Laurel Canyon soft-rock and ornate British chamber-folk milieu of her gossamer-like debut, but this time her wings are spread in a myriad unexpected and refreshing ways. From the more lavish production style (courtesy of Beck and Michael Kiwanuka mainstay Gus Seyffert, the man who coaxed a lush introspection from the former on Modern Phase) to a perky sequence of tracks which meander in a livelier, bouncier vein to her previous efforts, this record drapes its heartrending themes of loss, nostalgia, disconnection and gentrification within more playful and diverse settings whilst retaining the natural intimacy of each tune. 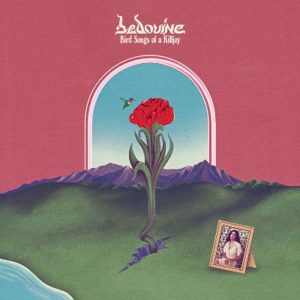 Album opener Under The Night sets the scene with its softly plucked acoustic guitar, soothing strings and swooning harmonies, summoning a dreamy and languid mood that recalls the Nick Drake of Five Leaves Left, Judee Sill, Chuck and Mary Perrin and Joni Mitchell as well as contemporaries such as Aldous Harding and label-mate Natalie Prass. The lyrics and sounds of Bird Songs of a Killjoy effortlessly cleave through the simpering homogeneity of lowest-common-denominator folk-pop, radiating images, textures and scenarios, such as the metaphor of caged and roaming birds, with a shivering tenderness.

Whilst Bedouine and her glassy songs naturally gravitate towards an autumnal melancholy, it’s exhilarating to encounter a robust, sun-scorched buoyancy that keeps the elegance and beauty in sharp relief and never sounds ungainly; Sunshine Sometimes, Matters of the Heart and Dizzy, with its soaring, proggy coda, encapsulate this concerted widening of palette with a sure-footed, resolute quirkiness and wide-eyed curiosity.

When You’re Gone, Bird Gone Wild, Bird and Hummingbird are top-drawer meditations bounding freely and unconstrained and drawing upon the pastoral tradition. These heart-lifting miracles of poetic economy are despatched with a pensive resignation and fraught with the tension of “a raid on the inarticulate”, to quote TS Eliot. Delicate strums are offset by the watercolour brushstrokes of her ribbon-like vocals, garlanded with dusty harmonies and fleshed out with crystalline orchestrations that keep the listener returning for more. The clean lines and baroque sway of the captivating instrumental Reprise invoke Robert Kirkby’s stunning arrangements for Nick Drake.

At the heart of this wondrous album lies the gleaming sunshine tones of her honeyed, softly-spoken and unmannered voice and the filigree-like finger-picking of her acoustic guitar, naked and candid, spilling out her guts and consoling and questioning in her trademark campfire, confessional, conversational style. This is a warm blanket of an album, one to cherish on those days when you’re cocooned indoors and gazing out of rain-soaked windows.