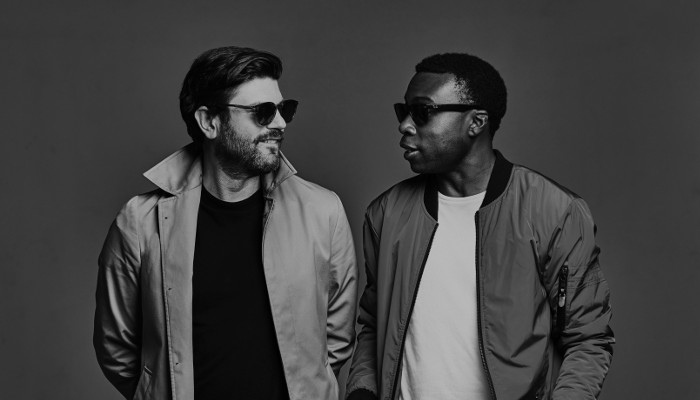 In the digital streaming era, it has never been easier for an auto-didact with a curious impulse to access a wealth of arcane riches from a plethora of cultures, eras and genres of music-making; discovery and immersion awaits at the click of a button. The Torontonian post-punk world-beat duo known as Bedouin SoundClash have been crate-digging and synthesising an array of disparate influences since 2001 and have returned for Mass on the esteemed Mr Bongo imprint, their first record in nearly a decade.

Recorded in Marigny Studios in New Orleans with The Preservation Hall Jazz Band and in Vancouver’s St James Church with the children of the St James Music Academy, Mass represents a cacophony of aesthetics and a liberation born from creative immersion, of soaking up the cities and musicians surrounding them. 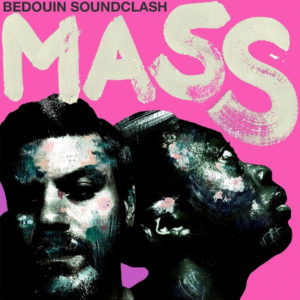 The opening soca surge of Salt Water ushers the listener in with its regal brass fanfares and exuberant vocals; this is followed by the Joe Strummer-like rasp, Phil Spector motif and pearly choral flourishes of the children on the infectious Born into Bad Times. The sun-splashed recent single, Clockwork, pores over the overwhelming turbulence of a new relationship whilst loping hip-hop breakbeats and big band horns provide a transporting interplay.

Threaded throughout are a few creaky missteps and clunkers: the anodyne train-wreck, They Gutted This City, quickly outstays its welcome, the stodgy and mawkish Better Days is beige, hackneyed and one-dimensional in its affirmatory gestures and Drive is an insipid and trite mush of trip-hop and tropical pop.

The subtleties of its execution are free-ranging and complex, with the best songs transcending the myriad influences informing the project: Full Bloom begins like an outtake from Jeremy Deller’s Acid Brass project and lifts off into an anthemic, diaphanous slab of uplifting soul, while the buoyant St Jude of the Floors radiates a punchy, ‘Graceland’esque lilt.