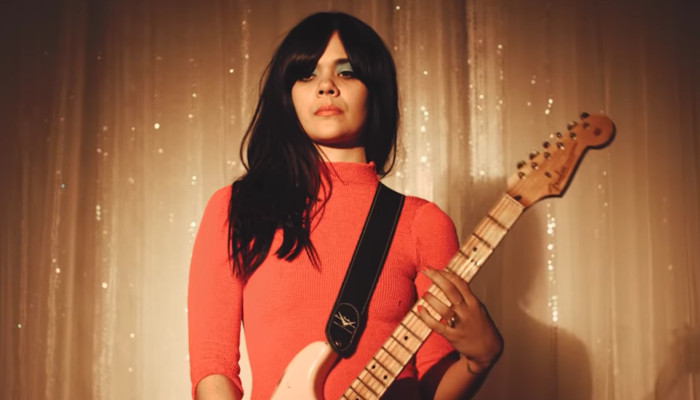 Art-pop connoisseur Natasha Khan aka Bat For Lashes returns with a nostalgic fantasia of synth-pop which pays homage to 80’s sci-fi and fantasy cinema.

On her fifth album as Bat For Lashes, the multi-Mercury nominated singer-songwriter Natasha Khan borrows heavily from a palette of 1980’s synth-pop and new wave styles as she navigates her new surroundings in Los Angeles. Inspired by coming-of-age movies from the era – The Goonies, The Lost Boys, Never Ending Story et al – and loosely pivoting around a Stranger Things premise of alien sightings and horror in the Hollywood hills, Lost Girls merges chilly electronics, muscular synth-pop and Chromatics-indebted disco stylings with her breathy, clipped British tones to haunting and uncanny effect. 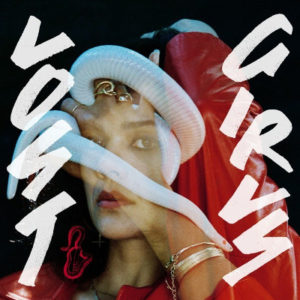 Based on a nascent screenplay about a vampiric gang of biker women, Lost Girls couldn’t be more 1980’s if it were written on a ZX Spectrum computer listening to a power ballad whilst dressed in Sergio Tacchini. Slickly realised musical signifiers of the epoch abound: neon-lit atmospherics, dusky guitars, reverb-laden power drums and splashes of icy synths evoking the Drive soundtrack. Tracks like Kids in the Dark and Vampires unspool like snapshots of John Hughes teen angst flicks and summon the mood of childhood friendships, endless misspent summers, midnight bike rides, hanging in arcades and nursing crushes. As befits an artist whose last album, The Bride, chewed over a wedding day tragedy in the first person, there’s plenty of 80’s noir to complement the plush, anthemic chest-beating: fraught and macabre echoes of Disintegration-period The Cure, The Cocteau Twins and The Psychedelic Furs hover over the starry-eyed, John Carpenter-like throbs.

Highlights include the ethereal, Beach House-influenced Kids in the Dark, the piercing heartbreak of Peach Sky, the glistening synths and Kate Bush inflections on The Hunger, the uplifting single, Desert Man and the delightfully retro-futuristic ”doom gloom haze” of  Jasmine, a feverish tale in which the singer coos: “Little girl cracks your heart in two/Sucks the juice”.

It’s not perfect and has its slack moments: the disposable dancefloor ‘banger’ Feel For You sounds like something Prince cobbled together with Banarama in a couple of minutes, the gothy instrumental Vampires cannot help but conjure Rob Lowe tootling on sax in St Elmo’s Fire and So Good exhumes the saccharine banality of Madonna’s worst moments.

The record’s epic, widescreen closer, Mountains, commences as a ruminative piano-led torch song reminiscent of Laura before launching into a swooning slab of Chromatics-like dance-pop. Here Khan’s plea to have someone sing to you in the dark attains a seductive, saturnine grandeur.

For all the retro reference points and comparisons, Khan has still coaxed a heady and imaginative sonic brew that’s uniquely her own; even her gauzier moments are coated in her trademark menace and sense of harmonic adventure. ‘Lost Girls’ thrums with a beautifully composed urgency and romance.