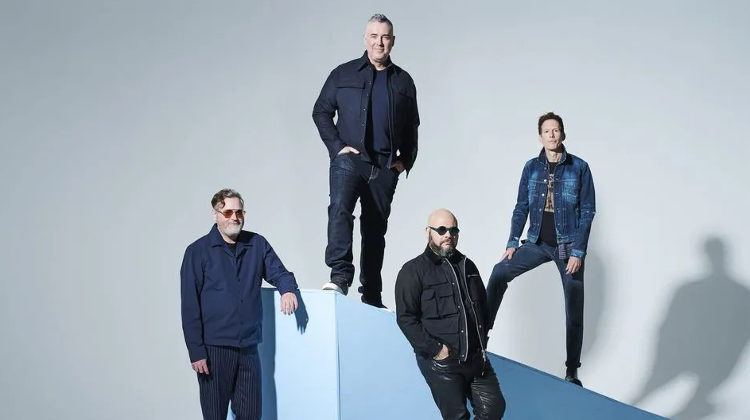 Barenaked Ladies have bestowed upon us their latest record Detour de Force – and boy does it give the listener a lot to think about.

Described as ‘a testament to time well-spent’, Barenaked Ladies’ new album Detour de Force certainly lives up to this statement. Musically diverse and lyrically masterful, this record succeeds in covering a real range of emotions. “This record is a journey,” says vocalist and guitarist Ed Robertson, “taking off one song would tip it in a way we didn’t feel was representative of the record we made. We wanted everything that’s here to be part of the record.” Journey indeed, and what an interesting one this album takes us on.

By far my favourite song was the bittersweet third and final single Good Life, released along with the overall record. A cut above the rest of the tracks, this is one of those songs that succeeds in making the listener both happy and sad at the same time. Both the melody and the profound lyrics (“It comes to pass, it doesn’t come to stay / Let it all unfold and just step out the way”) compel you to contemplate life and what really matters, hammering home the message that we only get one life so let’s enjoy it while we can. Not only this, but the song’s nostalgic-sounding refrain really does pull you in from the moment it begins.

The album’s intellectual and emotional depth continues later on in the song The National Park. Musically, the track is remarkable: the acoustic guitar, catchy beat and spellbinding synthesisers create a pensive atmosphere that is appropriate to the song’s theme. The track addresses the beauty of nature and conveys the sense of wonder that can be felt upon experiencing it whilst making the point that less of it is being preserved. As the lyrics imply, what was once the wild in all its glory is now only a fraction of what it was before: “Living in balance in a state of bliss / Was the world all once like this? / But now nature’s like a work of art / An exhibition in the national park”.

Other musical gems on the album include Live Well, New Disaster, and the ending track Internal Dynamo – a silky, atmospheric anthem that erupts halfway through into a classic, guitar-heavy rock banger. Overall, Detour de Force is definitely a record to be enjoyed – it’s varied, it’s complex, and all-round just very pleasant to listen to.