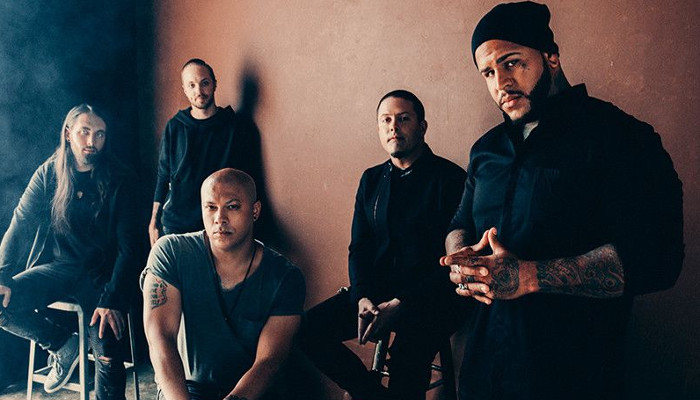 Bad Wolves mash together their influences for their sophomore release, N.A.T.I.O.N. by concentrating on the sound of their previous success.

Bad Wolves released their debut record, Disobey, in 2018. The record initially slotted high on the charts, powered by their cover of The Cranberries classic hit, Zombie. The record produced two more singles and landed them opening slots and festival appearances for some of the most popular bands in their genre.

While living in the whirlwind of newly found success and a heavy touring schedule, vocalist Tommy Vext and drummer John Boecklin still found time to write and record the next addition to their catalogue. During this process, Vext and Boecklin found it more productive to work on music apart from one another, then share their ideas as things progressed: “In order to be more productive, we broke off into separate groups because we’re both very headstrong,” Vext commented. “John (Boecklin) went into one studio and started writing and I went into another. We worked with different producers and created as much material as possible.” With this new record, the band admits that they are not trying to break new ground and are paying homage to their influences. “We’re not reinventing the wheel,” says Vext. “We just take all the things we love and try to make records that our 16-year-old selves would wanna go buy.” 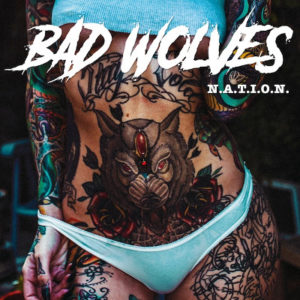 The album kicks in with I’ll Be There, boasting a technical and catchy guitar sound and good musicianship. Overall, it’s a solid song, but is certainly predictable and following their “not reinventing the wheel” script. The record moves along with the tracks No Messiah, Learn to Walk Again, and Killing Me Slowly. What ensues are tracks with commercial rock radio appeal that follow the same formula. Better Off This Way starts with a nice acoustic intro and is screaming to be an arena anthem. If you check out a Bad Wolves show sometime, get your lighters ready and prepare to sway with a concert goer to your right. And probably to your left. The first half of the record culminates with the track Foe or Friend, which has a very strong opening riff and a nice heavy breakdown later in the song. The chorus has a sing-song element to it that will likely make it a live show favourite.

The second half of the record begins with the lyrically-heavy ballad, Sober. It’s a well-written song to be sure but musically, you’ve heard it before, just by a different band. Back In The Days, The Consumerist, and Heaven So Heartless are the next songs to make an appearance. They follow the same formula, and it’s easy to lose track of where you are at on the record. Crying Game is a predictable song, as is the theme here. It is, however, very radio-friendly and could bring the band commercial success. The album ends with the solid, LA Song. It has a good intro and keeps the pace, making it the strongest effort on N.A.T.I.O.N. The band seem to legitimately come together for this track, and I wish there were more with the same vibe on the record.

Fans of Bad Wolves will really like this record, but the band probably won’t add many new ears to their fan base. It’s a good record for what it is, and passive listeners of rock radio will hear it and like it. They will turn it up, grab a beverage, give their buddy a head butt or something, and forget all about it until it comes on again. But to be fair, they admittedly weren’t setting out to break new ground with this album, accomplishing that goal to be sure.