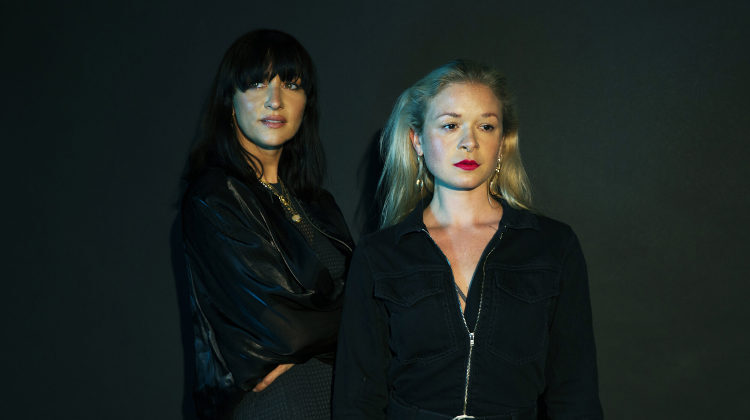 Contemporary duo AVAWAVES present us with a sublime, if somewhat predictable, instrumental experience in the form of their new record Chrysalis.

I’ll admit it: I’m ever-so-slightly torn on this album. It is, without doubt, an ethereal experience with some simply stunning sounds: wailing violins, delicate piano runs, emotive bass and dramatic build-ups occur frequently throughout the record. But at some point it’s hard to ignore the fact that same themes crop up over and over – that is, a minor key, repetitive loops, simple violin phrases on top of slightly more complicated piano motifs.

A lot of it sounds as though it could have developed out of something relatively improvisational which by no means a bad thing, and would explain the somewhat simplistic, layered nature of many of the tracks (then again, this is pure speculation).

The duo, consisting of violinist Anna Phoebe and pianist Aisling Brouwer, explain the theme of the record as follows:

‘We created the idea of the Chrysalis, which is a heightened dream-like utopia. When you listen to the album you enter the imagined state of AVAWAVES. … The feeling we want is that through the music, people can enter this immersive world and come out in a renewed and altered state, drawing strength from the music, energised by nature’s empowering resilience.’ Now, the last time I checked, a chrysalis referred to the pupal stage of a butterfly and not a utopia, but I guess I can see the metaphor that the duo are getting at: emerging from something in a different state, caterpillar into butterfly, you get the idea.

There are certainly some gems within this record: Before We Wake begins with deep, moody piano chords in the bass before combining a soaring violin melody with more piano and violin runs that grow increasingly intricate. Elsewhere, Midnight Bird is notable for being the only non-instrumental track on the album, featuring divinely smooth vocals by YVA, and Sail Wave lives up to its title, with rolling piano scales in the intro that expertly mimic ocean waves.

All in all, Chrysalis is certainly not a bad album. Is it an overall pleasant listening experience? Absolutely – I can say with confidence that all the tracks are gorgeous. But does it risk feeling like your generic, run-of-the-mill instrumental album that sounds as though it’s been written after the composers listened to too much Einaudi? …kind of. And yes, I know I’m being picky.