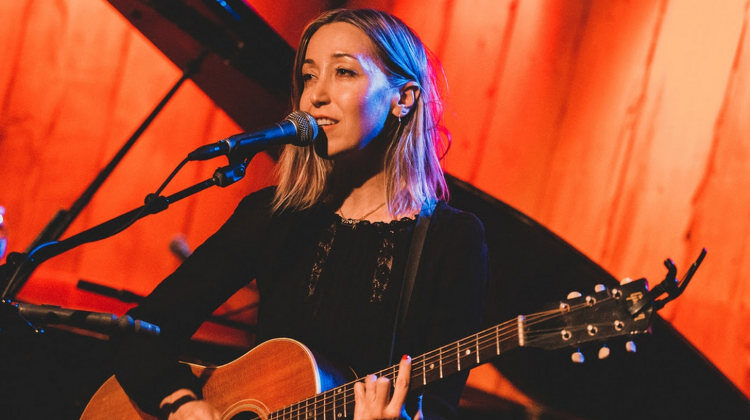 Anya Marina releases a recording of her acoustic and intimate show in Rockwood Music Hall titled Live and Alone in New York.

It’s clear this gig was a relaxed show as Anya allows her personality to shine through by expressing her past experiences and stories, sometimes used in a humorous manner. The laughter and applaud of the audience are not edited out which makes you feel like you are transported to that place, surrounded by people who appreciate music just like you; something that is needed in a time where the future of concerts is uncertain.

There are a lot of relatable experiences in this album that make it bittersweet, with a number of Anya’s tracks being about a past relationship. You are taken on a journey with her that may well reflect your own feelings.

As well as her songwriting skills attracting our attention, her unique vocal capabilities become apparent from the start. Her range is not only wide, but her tone is like no other pop vocalist in the industry right now. It’s both soothing yet powerful, soft yet proud, a tone that will stick in your head for weeks to come. This is especially seen in Nobody Loves You (which is the only cover within the entire show), and Queen Of The Night.

With many darker and emotional songs appearing such as Go To Bed which is about the overwhelming worry of what the future may hold stopping you from sleeping, and Clean and Sober which explains her way of getting over a breakup, you would expect the introductions to follow the same pattern. However, it’s clear that Anya likes to keep her shows fun and lighthearted and makes small, humorous comments before starting the tracks to keep her audience entertained. It really is something that shines through when listening to this album.

The Man is the first song that uses piano instead of guitar but that’s not the only reason why it stands out. The overriding message of growing up before forcing yourself into a relationship is a strong topic to sing about, and the way she compliments this with a ballad-sounding accompaniment is something extremely smart and pretty to listen to.

You can tell by this album that Anya Marina loves to play live. Not only do her talents shine through but so does her personality. That is something so important for an artist to be able to achieve when connecting with their audience. If you want an easygoing yet beautiful concert to listen to then this record is definitely for you.