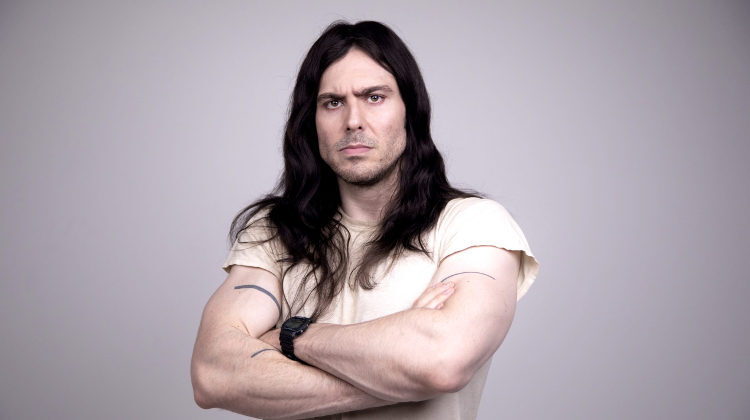 The perfect combination of melodic and aggressive, Andrew W.K.’s latest album God Is Partying is quite the record – even if there are some clichéd lyrics floating around.

I have to say, I rather enjoyed listening to this album for the most part. There are some strong instrumental lines, captivating melodies, and Andrew W.K.’s impressive vocals are to be praised.

The record begins strongly with an atmospheric development of heavy drums and intense bass in Everybody Sins, a moderately-paced hard rock anthem with some creative beat alterations throughout. No One To Know follows on a couple of tracks later, and this for me is where the album truly begins to take shape. Contrasting with the more dynamic single Babalon, this song features a more muted timbre with a delicate piano loop and a stripped-back, pulsing beat that crescendos into an impassioned guitar solo midway through – this track was certainly a personal favourite of mine.

Elsewhere, I Made It is another standout song for its energetic rhythms and powerful chord structure, whilst the instrumental Goddess Partying serves as an intriguing little interlude halfway through the record.

However, the album’s shortfalls are mainly down to the somewhat corny lyrics in places, such as the track Remember Your Oath: ‘When you went against your pledge / You knocked yourself right off the ledge / You broke your body, broke your spirit / You broke your heart / Now you’ll never remember your oath anymore.’

The same holds true for the song Stay True To Your Heart, the title of which, if I’m being brutally honest, sounds as though it’s come straight out of a Disney film. Perhaps I’m just being overly cynical towards the song’s positive theme, but it does seem a little melodramatic. Thankfully, as with the majority of the songs, what it lacks in lyrical originality it makes up for in musicality although, if I’m being picky, the record does risk feeling ever so slightly repetitive towards the end, particularly in tracks such as And Then We Blew Apart.

On the whole, however, God Is Partying is a considerably solid album. Musically it’s certainly very strong, whilst lyrically it does seem a little overkill in places but I’ll put that down to a matter of personal taste. Overall, though, a decent record.