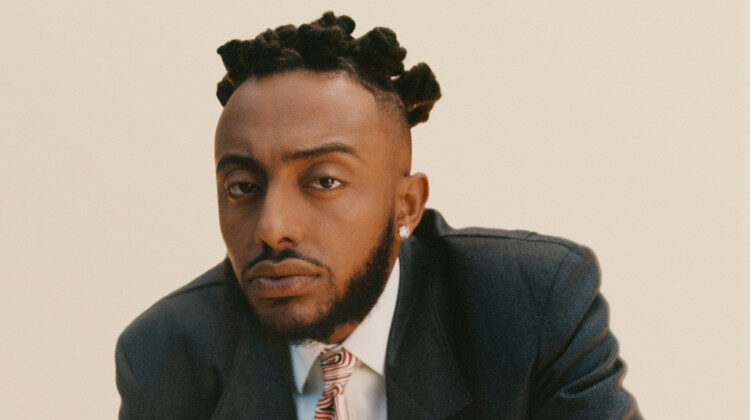 Prepare for a big mixture of varied sounds, fluid flows and heavy beats as you tune into Aminé and his latest release, Limbo.

Aminé is a name that is synonymous with modern hip-hop and it feels as if the US rapper and songwriter has been around forever. He is consistently making attempts to evolve his sound and those attempts are especially evident throughout this record. Limbo is only his third album and he is showing absolutely zero signs of slowing things down through this release which can only be a great thing for hip-hop.

The record kicks off straightaway showcasing an abundance of musical talent through its opener Burde. With its dirty beat and great use of sampling, it makes for an old school hip-hop sound. You can tell from this tune that the man from Portland is not here to mess around and taking no prisoners.

Talk about diversity from the first two tracks. You reach second track Woodlawn and you have already heard a classic hip-hop sound, now you stumble across a more modern, trap sounding backing beat. “Came a long way from that Woodlawn park” – clearly the star does not forget about where he’s from; he has a story to tell and he is not hesitating to tell it through this album.

Track three revolves directly around its title and  is exactly what it says on the tin – an ode to the late and great Kobe Bryant. It may be short and sweet but it splits the opening tracks up well and shows a tremendous amount of character to Aminé and his music. Kobe is followed by the first featured track, Roots. It starts off with the American presenting the exact voice that got him to where he is today. With a catchy chorus and a plethora of different voices and tones, it’s not hard to tell that this will be a popular one on the record. JID and Charlie Wilson’s contributions are extremely welcome as they mix up the style very well.

Can’t Decide sounds as if it would not seem out of place in a mainstream pop chart. It certainly seems addictive and has such a distinct sound to it. You would not be surprised to hear this tune blasting out in clubs when they eventually reopen. It transitions well into Compensating which sees Young Thug make an appearance with his presence picking up the pace of the album whilst bringing an essence of roughness. This is a quality track.

The halfway point is reached through short track Shimmy and has a heavier beat which sets the record up perfectly for next track Pressure In My Palms to blow the listener’s ears off. Having Aminé, Vince Staples and Slowthai all feature on the same song is stuff made of dreams for any dedicated hip-hop fan makes for a track that cannot be missed.

After such a heavy track that made many a reference toward Kanye West, the listener is then treated to Riri, an homage to Rihanna that is certain to be up there as one of the favourites of this record. Easy follows as the vibe is slowed down even more, Summer Walker’s voice changing the intensity. As you get nearer to the end of the album you reach Mama and you feel as if Aminé needed this one in the record. It doesn’t make huge waves but it certainly is not a bad tune and you can’t be mad at a man respecting his mother.

Becky takes a while to get going but is a brilliant track at a point in which the album feels as if it is slowing down a lot. The slow and chilled style is however short lived as Fetus which features Injury Reverse brings a slightly odd pace and an out of tune hook, splitting the album up well.

As the very end of the album is reached it seems as if you have gone full circle, old school hip-hop and an essence of early Kanye sounds come to mind though final track My Reality. Great sampling and lyrical talent is evident throughout this one as it closes the record perfectly.

You can really tell that Aminé has taken a lot of inspiration from his fellow peers and idols throughout the world of hip-hop whilst creating Limbo. It is a melting pot of sounds and impossible to be bored when listening through. There is not one dislikeable song at any point which is quite obviously the sign of a great record.