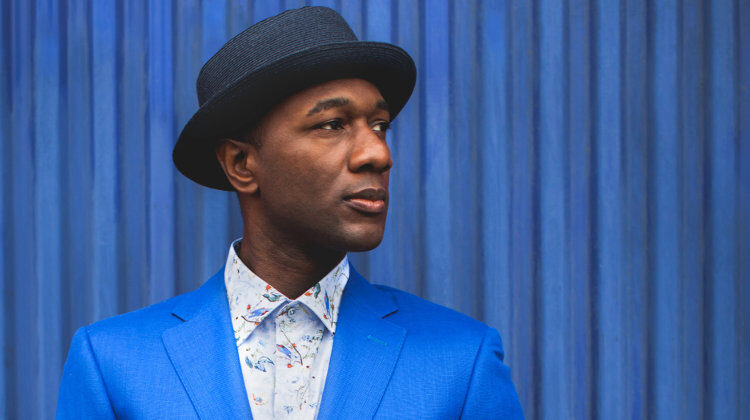 It’s hard to dislike Aloe Blacc’s music when most of the songs on All Love Everything touch on universally positive tropes: warm nostalgia, gentle but grounded melodies and good vibes in bucketloads.

While this signature brand of inoffensive, soulful pop has guaranteed widespread appeal, it’s also hard to be overly enthused by a whole album of it given that many of the songs are indistinguishable from one another and allude to fairly generalist themes (love, loss, weathering life’s storms, etc). Although some of these themes could be tenuously linked to the events of this year, they could also be related to many other things on a much smaller scale; meaning the pathos only reaches so far…

Despite the generalist tendencies, poignant intimacy is woven into the musical fabric of the opening track Family. The sparse texture with intimately raw, dry production allows for each instrument to speak with crisp clarity, with Blacc’s voice at the centre driving the narrative. Aloe Blacc achieves a similar intimacy through lyrical imagery, through vulnerability “You don’t even know how broken you are, but I can still see the smile in your scars” (Wherever You Go) and more uplifting lines “Give me your finesse with the flaws in it” (Nothing Left But You).

Unfortunately, the latter half of the album becomes tiringly predictable. I Do fits so neatly into the cliché-ridden, sad song archetype that one can anticipate the direction of every lyric, melodic contour, chord progression and rhythm. This predictability is also detectable in the very stylised and questionable topics of the final two tracks. Hold On Tight purports the timeless narrative of getting through the hard times, which again is very relevant to 2020 but struggles to be meaningfully engaging. Meanwhile, Harvard, complete with fireside-esque guitar accompaniment, presents the idea that despite not having a degree, the protagonist is still rich in knowledge as “Everything I know I learnt it on these bitter streets” (which, if we’re being very picky, is not entirely true given that Blacc has a degree from the University of Southern California…).

As a holistic album experience, its not the most engaging but it could be an easy way to switch off from this (very chaotic) world for a while. Moreover, while lines such as “I’m gonna do it my way” (My Way) have been said a million times in a million different ways, the importance of this message means it bares repeating. Overall, All Love Everything from Aloe Blacc is the type of thing you’ve definitely heard before, but hearing it again is still a pleasant experience; like putting on a warm set of pyjamas in winter or eating an ice cream at the beach.