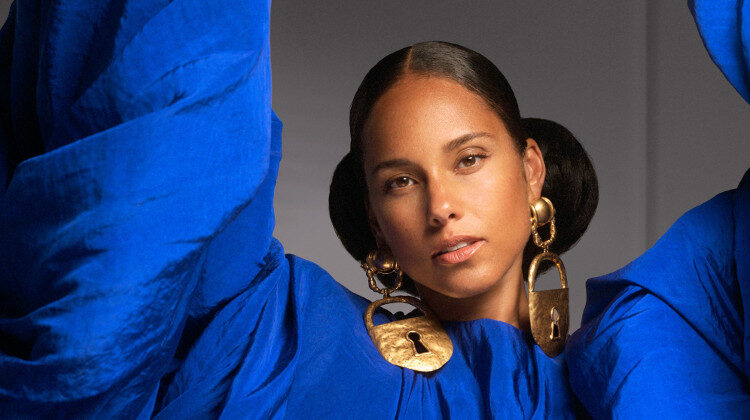 Alicia Keys’s latest release KEYS offers an intimate and extended exploration of her sound, while maintaining her signature vocal and virtuosic pianism.

Divided into two halves, separated by the KEYS piano interlude, the release consists of new tracks (Originals) followed by mostly remixes of the previous material (Unlocked). Sadly, the new versions of tracks often seem unnecessary, with the ‘unlocked’ remix not offering much more than the track did the first time over. Moreover, at over an hour and a half this structure quickly becomes tiresome.

This wistful nature is supported by gentle lyricism with pretty imagery (“Paper flowers don’t die/ But neither do they live like you and I”, Paper Flowers feat. Brandi Carlile). Alicia never loses her earthiness, however, which is conveyed through a hip hop, driven beat in Nat King Cole (Unlocked) (feat. Lil Wayne) and rich, slow R&B on Come For Me (Unlocked) (feat. Khalid & Lucky Daye).

Musically, this album is very rich and full-bodied, but like fine wine if you aren’t into this kind of thing, it’s difficult to see the value in consuming it in copious amounts. Is It Insane (Originals) is 6 minutes of very slow crooning that would work well in a live or background setting, but not for intent album listening. Occasionally, Alicia shifts to different kinds of background music, such as trendy cocktail bar (Only You, Unlocked) and evening art gallery exhibition (Best Of Me, Unlocked). In both cases, all ambiance, little substance.

When sounds are merged together, this is also very hit and miss. Old Memories (Unlocked) boasts upbeat disco production paired with conflicting slow, nostalgic vocals. Moreover, the elecro, dance remixes of Daffodils and Billions are similarly jarring, adding little to the latter half of the release.

Alicia Keys is a fantastic all-round musician with an amazing discography. Sadly, KEYS is not up there with her finest work. It’s nice, rarely goes beyond pleasant. Many of the tracks have a sense of “I’ve heard this somewhere before”, even before the second half of remixes. While there is something comforting in this, it wears thin after 90 minutes.