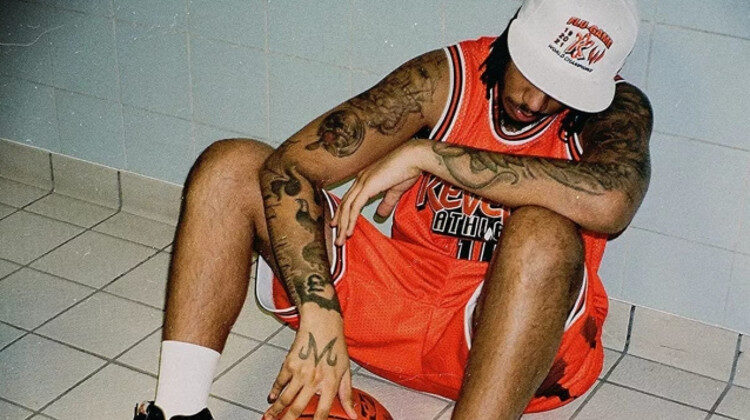 AJ Tracey releases sophomore album, Flu Game – one of the most highly anticipated releases in British rap this year.

Announced via a fake press conference live-streamed on YouTube, Flu Game takes listeners on a journey through various sounds before arriving at its final destination of UK Garage that we all know and love. Although this experimentation with genre is hit and miss at times, what cannot be denied is the talent, clarity and versatility.

Keen NBA fans may have spotted the basketball reference in the title (Flu Game being an NBA finals match in which Michael Jordan had food poisoning, but managed to score a match-winning 38 points), which is further embedded into this album through song titles (Kukoč feat. NAV) and lyrics (“I don’t play for NBA, but I may ball out”, Dinner Guest feat. MoStack).

Beyond these surface-level details, however, is an album bursting with hometown pride. Collaborating with West London artists such as Digga D and Mabel, the energy of Ladbroke Grove remains strong. AJ Tracey experiments with a drill (Kukoč feat. NAV, Bringing It Back, Cheerleaders), before moving into a more afrobeats led sound (Summertime Shoutout feat. T-Pain) via introspective skippy and triplet flows (Eurostep, Cherry Blossom). Despite some reliance on filler lyricism, AJ Tracey is able to adapt his distinctive flow (and occasionally, vocals) to most genres.

The journey and end of the album are clearly outlined. Unfortunately, Flu Game gets off to a rocky start, as the buzzword-heavy lyricism of Anxious doesn’t set the release up well. That said, engaging humour throughout reigns our interest back in, with cheeky one-liners such “Posh girls wanna take me back to their yard I don’t care if pops is racist, tell your dad, “I’m a star”” (Dinner Guest feat. MoStack) in abundance.

In the middle, however, the tone is more introspective, as AJ Tracey begins to question love and the price of fame on Little More Love (“They might love you for an hour, then they’ll change in a minute”). This develops into further reflection on his background and hardships on Perfect Storm, conveying the darker sides of his upbringing in Ladbroke Grove (“Growing up, I had police always kickin’ my brother’s door/I’m from Ladbroke Grove, where the richest mix with the poor”).

Despite some minor hiccups, when the bangers come on Flu Game they come hard. AJ Tracey knows how to write excellent music and although not every experimentation is on the money, the creativity is undeniable. As AJ states himself, “I’m still a student of rapping but I’ll be scholaring” (Perfect Storm).