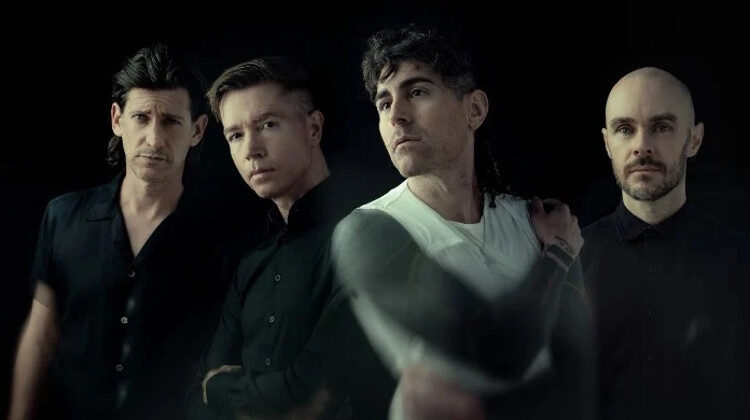 AFI have not disappointed with their meaty new record Bodies – a fine mix of post-punk, goth, and a whole lot more.

From start to finish, this album is a delight. Stylistically varied yet by no means difficult to listen to, AFI’s new record Bodies is one I certainly won’t get tired of listening to anytime soon. The only downside is that the majority of the tracks were released as singles, arguably spoiling the rest of the album (of which there was very little left to wait for) – but, then again, this is just personal opinion: others may have loved being fed the album bit by bit, and I can’t say I blame them.

The record opens strongly with Twisted Tongues – a fast-paced track with urgent-sounding drums and guitar, and an opening lyric that sums up the current circumstances pretty well: “We watched the world / turn itself backward.” Far Too Near continues in the same vein, packing a punch with its explosive drums and insanely catchy chorus, whilst Dulcería takes the vibe back a few decades with a retro sound, smooth bassline and oh-so-satisfying key changes.

Elsewhere, On Your Back is one of the few songs that was not released as a single, refreshing the tone of the album with its upbeat tempo and major key, whilst further on in we have Back From The Flesh. A dark, somewhat trippy track with a passionate, hypnotising chorus that addresses the notion of religion; this is easily one of the top tracks. Meanwhile, No Eyes is notable for its candid and relatable lyrics: “Every blush behind the lines / Every coolly spoken line / Reminding me that you aren’t mine”.

Finally, Tied To A Tree is a spellbinding ending track – I’m not sure about anyone else, but the ethereal soundscape and distant-sounding vocals in the chorus made me think about the universe during the entire time I was listening.

On the whole, Bodies from AFI is certainly a satisfying album to listen to, with a lot of innovation in places and some truly mesmerising melodies. My only criticism would be that too much of it was released in the form of singles – give us more to look forward to next time!