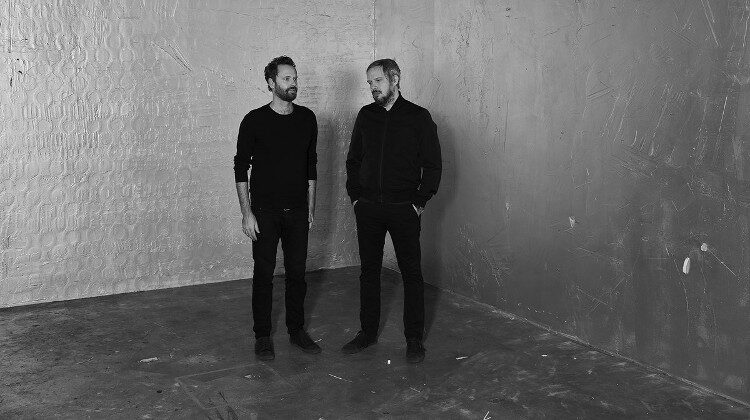 In which the kings of neo-classical ambient soundscapes work up a sumptuous and beguiling score for a dance theatre interpretation of Italo Calvino’s postmodern novel.

Composers Adam Bryanbaum Wiltzie and Dustin O’Halloran have long been acclaimed practitioners of a woozily minimalist aesthetic, both as members of previous bands, artists in their own right and the feted duo A Winged Victory for the Sullen, a consistently inventive and steadfast project where post-rock, drone, neo-classical and ambient sounds intersect organically.

On their latest opus, Invisible Cities, the duo continue to provide a sonorous respite from the cacophony of modern life, a rich, subtle and glacial bliss that’s embellished by breathless exhortations and symphonic ruptures.

Helmed by theatre producer and video designer Leo Warner, Invisible Cities is part of a multi-media stage show interpretation of Italo Calvino’s 1972 novel of the same name that received its premiere in 2019 at the Manchester International Festival. The pair’s dreamy and regal soundscapes and the book’s elegant, postmodernist inquiry make for perfect companions, both engendering passion and fascination in equal measure. Where Calvino’s literary style is discursive and rarely offers a linear narrative, so too AWVFTS peddle a musical alchemy that dispenses with any straightforward rock structures and revels in sudden and unexpected shifts in texture.

The sumptuous, cinematic and melancholy So That The City Can Begin To Exist opens the record with a doleful piano figure and dazzling synths, whilst the shape-shifting The Celestial City features dizzying swells of brass, distorted textures and angelic choral refrains that transport the listener to immersive captivation.

On the stately, Bach-inspired There is One of Which You Never Speak, the Stars Of The Lid founder and the seasoned soundtrack composer pair a low cello and piano to haunting effect, whilst Despair Dialogue mines the tranquillity of warm synth clusters whilst toying with bleary shards of static noise.

Incorporating a wash of eerie synths, beguiling string arrangements, limpid piano and uplifting choral vocals, AWVFTS’s latest venture deftly bridges the worlds of ambient tone-poem, neo-classical and post-rock with a consummate command of emotion and a mastery of sonic architecture.