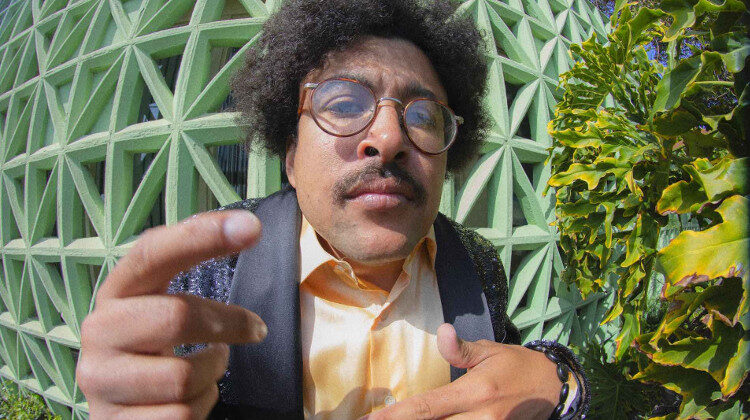 In his wide-ranging annual survey, Michael Sumsion revisits the defining releases of the past twelve months.

The year of 2021 threw up a mixed bag of consummate thrills, jaded re-runs and playlist wonders. In the mainstream, punters craved the comfort of the familiar rather than off-kilter novelty; the most engaging music emanated from more obscure quarters. It was, however, heartening to see some artists departing the periphery with potentially career-defining releases that caught a mood and wider attention. The following countdown is part 1; 15 albums from 2021in no particular rank order and should merely reflect albums that epitomised distraction, poetry, catharsis, invention and solace during a period that gestured towards normality and then retreated to uncertainty, apprehension and doubt.

The Orcadian sound sculptor’s second collaboration with the choral vocal ensemble Shards was technically an EP, but its inclusion on the list of 2021’s finest albums reflected the transportive beauty of its paean to the London-based composer’s home archipelago. The graceful ‘Glimro’ single draped elegiac strings around the ensemble’s soothing tones, whilst ‘Tullimentan’ paired ethereal voices with drops of rainfall.

Arranged by Kieran Hebden aka Four Tet, the prolific West Coast beatmaker’s latest sonic balm was a hazy, sun-dappled tapestry of soul, jazz and dancehall loops, snippets of woodwind and clusters of keyboards. Conceived as a cohesive solo project rather than one of his trademark sprawling, guest-studded affairs, the languid and loping ‘Sound Ancestors’ channelled both Dilla’s collage and arty psychedelia to thrilling, twinkling effect.

The psych-soul South Londoner Greentea Peng’s weed-saturated debut pulled together stoner beats, Rasta spirituality, punk vitriol and low-flung jazz to concoct a rapturous neo-psychedelia that was both enchanting and refreshing.

The enigmatic British collective’s third disc in barely more than a year meshed together the personal and the political, threading socially conscious messages of freedom, hope and survival through their fluid and exhilarating fusion of playground chant, moody electronics and crepuscular r’n’b.

Peter O’Grady’s first full-length was fashioned like a mix-tape, demonstrating an imperious command of numerous club music styles, from ambient and deep house to dubstep and Aphex Twin-like bleeps.

Nigerian sound and installation artist Ogboh’s debut was the headphones listen of the year, a richly sensory confection that approximated the urban bustle of Lagos. Whether invoking car horn honks, bell chimes, bus station chatter or showers of rain, ‘Beyond The Yellow Haze’ represented a majestic blending of field recordings and electronic bump and grind.

24. Jonny Greenwood: ‘The Power Of The Dog’ soundtrack (Lakeshore).

In which Radiohead’s maestro of modernist classical music turned his hand to scoring Jane Campion’s latest enterprise, a potent, Gothic evocation of the American West starring Benedict Cumberbatch as head cowboy. Here he showed his predilection for shrieking, Penderecki-like strings and brooding melancholy alongside moments of pastoral honky-tonk.

The alter ego of Californian producer Matthew Urango delivered a playful, giddy and genre-hopping project that sprinkled frank, powerful and political messages about unity, injustice, resilience and opposition into its day-glo disco funk ecstasies. The shimmering collaboration with The Avalanches, ‘Don’t Forget Your Neighbourhood’, typified the record’s insouciant and welcoming bounce and its vivid timbres.

On their latest missive, the London space cadets injected new, luminous life into their heady cocktail of polyrhythmic post-rock, underwater krautrock, free jazz, lilting electronica and exotica. This time around, the quintet dug deeper for an impressively scholarly and free-ranging aura of fuggy funkiness which articulated cosmic vibes as sinister as the ripest psychedelia: ‘Light Vessel’ was pure Stevie Wonder meets Sun Ra elasticity, ‘Phase One Million’ nailed Khruangbin’s pool-side disco swank to perfection, ‘The Organism’ lunged into Radiophonic Workshop territory and ‘The Lift’ could have been leafed from ‘The Mighty Boosh’.

The East Nashville chameleon’s third outing sounded like a post-modern, 21st century mash-up fever dream of styles from pop’s 1960s/1970s pomp. Whilst others have certainly been here before, riffing on retro aesthetics with a magpie charm, Tasjan’s LP executed its goofy synthesis with a rare imagination and a deft balance of levity and gravity; witness the Sufjan Stevens-Brian Eno coupling of ‘Another Lonely Day’ and the sky-scraping fusion of  ELO and lush disco on ‘Up All Night’.

17. You’ll Never Get to Heaven: ‘Wave Your Moonlight Hat For The Snowfall Train’ (Séance Centre).

The Canadian duo Alice Hansen and Chuck Blazevic peddled a hazy, ambient form of dream—pop as much influenced by 1980s Japanese pop and Steve Reich-styled minimalism as Julee Cruise, Grouper and the floatier end of electronica on their duskily atmospheric and weightless fourth set, ‘Wave Your Moonlight Hat For The Snowfall Train’. Hermetic in feel, the record’s honey-dew-soft murmurings and watery instrumentation devised a sonic canvas that was both mercurial and familiar.

For his first proper LP in seven years, the French electronic musician and film-maker Jean-Baptiste de Laubier, a doyen of his native dance-music scene and composer of scores for Celine Sciamma movies, rejected the dancefloor and hooked up with drum bands in Bali, choirs in Sofia and percussion troupes in Japan. The result was a brilliantly contemplative, airy and psychedelic work, an absorbing, therapeutic and beatless suite steeped in film soundtracks and ambient music.

And that’s Part 1 complete! Part 2 – Michael Sumsion’s rundown from 15 to 1 in no particular order – will be up on the site soon so keep an eye out!