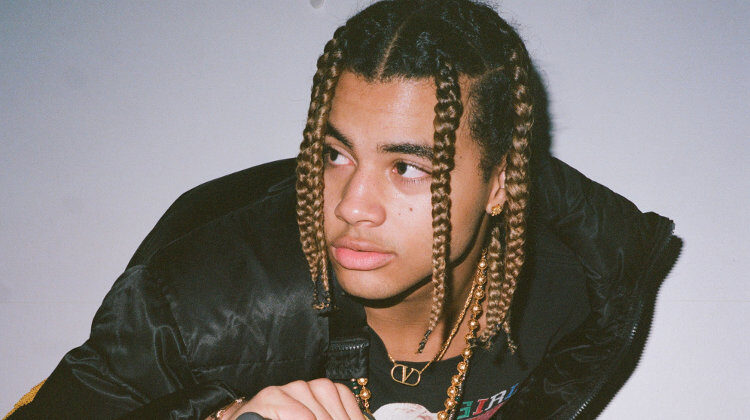 I fear that I will sound much older than I am, but in all honesty, I had trouble understanding this album. Its aims, its message and its purpose – none of it was clear. From the start to the end, there was no real sense of direction, which some may find intriguing and exciting – but the fact is, I got bored.

Credit where credit is due, 24kGoldn starts off strong. He stated that he wanted the opening song, The Top, to feel welcoming and triumphant, and it is exactly that. As the melodic, retro Lofi hip hop instrumental lifts you into an uplifting state of boundless positivity, it’s hard not to smile as 24kGoldn wistfully declares “I’m the happiest that I’ve ever been”.

Positivity pervades most of the release, but the only other moments of note are much darker in tone. In the final few tracks, 24kGoldn transitions into darker and vulnerable lyrics. While some reflect on heartbreak (“It would take a thousand year to forget the tears/That you placed across my face”, Empty ft. Swae Lee), others are more general in their melancholy (“We play games a lot to avoid the depression”, Mood ft. iann door).

This breadth of subjects across the 13 tracks is commendable, but it contributes to the directionlessness of this release. After the Lofi hip hop of the first two tracks, 24kGoldn takes a very different direction for Love Or Lust and Outta Pocket– entering a sound world arguably comparable to that of Avril Lavigne.

Of course, he can do whatever he likes on his album, but as a listener, this mélange of genre changes is, at times, very jarring. Moreover, a lot of 24kGoldn’s musical signatures are resultant of laziness: octave jumps when repeating lyrics in the chorus to create the illusion of variety and length (Breath Away, Butterflies, Empty ft. Swae Lee); short, tracks that rely on directionless repetition to get over the two-minute mark (Company ft. Future, Coco ft. DaBaby); self-praise for the bare minimum (concerning Yellow Lights, he stated “I’m just proud of the fact that I don’t think any other rapper has used the word ‘dissonance’ before.”).

A lot of what has been said here could be reversed in its interpretation. Perhaps to some, the mix of genres and short tracks on El Dorado are refreshing and accessible. Unfortunately, it often left me confused and unengaged. It’s clear that a lot of the sounds and ideas behind this were chosen due to their popularity, so I don’t doubt it will be enormously successful… But this one just ain’t for me.