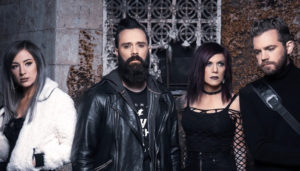 The latest release from American rock band Skillet should keep their fan base satisfied. Victorious is the tenth studio album from the American rockers, Skillet. It is the follow up to the popular 2016 record, Unleashed, which was certified Gold in the United States. The lead single from Unleashed, Feel Invincible, had more than 150 million audio streams and made it to #1 on … END_OF_DOCUMENT_TOKEN_TO_BE_REPLACED