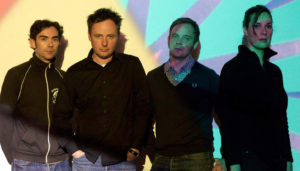 O2 Shepherds Bush Empire, London Wednesday 12 June 2019 In the 1990s, the Anglo-French shape-shifters Stereolab were an intriguing and exotic musical proposition - with a healthily obsessive cult fan base - whose judicious meshing of disparate sounds failed to resonate on a deeper level beyond the appreciation of the academically minded and music journos. Almost two decades … END_OF_DOCUMENT_TOKEN_TO_BE_REPLACED