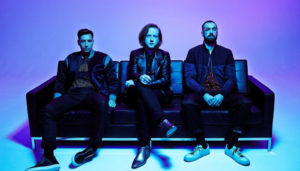 Two Door Cinema Club returns with their fourth studio album, False Alarm managing to produce some catchy and danceable beats, but not maintain the pace.  If you aren’t familiar with them, Two Door Cinema Club is a Northern Irish three-piece indie rock band with three full-length records already under their belts. They released their debut, Tourist History, in 2010 followed up … END_OF_DOCUMENT_TOKEN_TO_BE_REPLACED