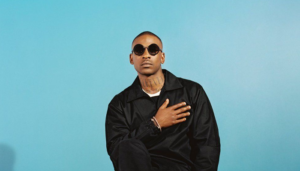 Skepta is back with Ignorance is Bliss, but has becoming Grime royalty­­ mellowed the now 36-year-old rapper? After winning 2016’s Mercury Prize with his previous album Konnichiwa, Skepta’s music career seems to have been put on the back-burner. Collaborating with Nike, as well as launching his own fashion line, it could’ve been perceived that fashion was now the Tottenham … END_OF_DOCUMENT_TOKEN_TO_BE_REPLACED