Saint of the Sinners 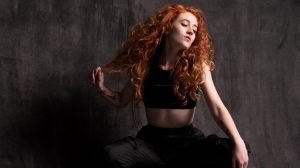 Janet Devlin draws strength from a tumultuous ten years on the insightful and intriguing record, Confessional. 25-year-old Northern Irish singer Janet Devlin has gone through a lot for such a young age. From battling with mental illnesses such as anorexia, self-harm and alcoholism, the last decade has forced the once shy teenager to mature and take a firm grip on her life. … END_OF_DOCUMENT_TOKEN_TO_BE_REPLACED