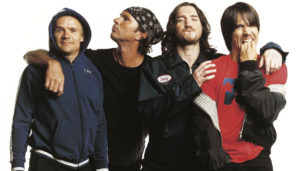 One of Red Hot Chili Peppers most seminal albums of the nineties, Californication, is set for a picture disc reissue as part of the record’s 20th anniversary. The record frequently tops their best record lists and includes hits such as Scar Tissue, Parallel Universe and Otherside. Californication was the seventh studio release by the band and featured the return of guitarist … END_OF_DOCUMENT_TOKEN_TO_BE_REPLACED