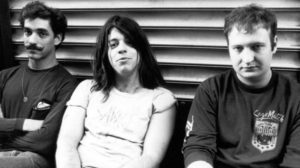 January 2020 marks the 35th anniversary of New Day Rising.  The post-punk outfit Hüsker Dü triumphantly returned after the successful Zen Arcade LP. With this collection of songs Bob Mould and Co stray further away from hardcore punk and probably gave birth to the genre known as alternative rock.  Since 1979 the music Husker Du wrote had been named several things. … END_OF_DOCUMENT_TOKEN_TO_BE_REPLACED