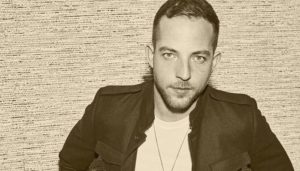 James Morrison speaks to Vinyl Chapters about his new record, working with Joss Stone, and what he likes about touring. After taking a four-year break between albums, James Morrison has made a welcome return with new record You’re Stronger Than You Know. Featuring a much more live sound than previous work, the album sees the You Give Me Something singer in a good place, … END_OF_DOCUMENT_TOKEN_TO_BE_REPLACED