Heavy Is The Head 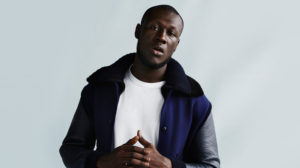 26-year-old rapper Stormzy broke into the music industry after the release of his album Gang signs and prayers which included songs such as Blinded by your grace and Too big for your boots. After teasing us with the singles Vossi Bop and Crown the newly awaited album Heavy is the Head has finally dropped. Politically charged, honest and real is what Stormzy thrives off, with … END_OF_DOCUMENT_TOKEN_TO_BE_REPLACED