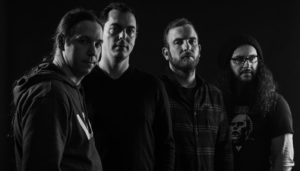 Post-hardcore quartet Aleska return with their second full-length record, and they would like your attention. Hailing from France, Aleska have been recording since 2012 when they released their debut EP, The Waiting. A split with the band’s Mariesena and Bears would follow in 2013, followed by their second EP in 2014, Time is a Curse. 2016 brought the first full-length record … END_OF_DOCUMENT_TOKEN_TO_BE_REPLACED