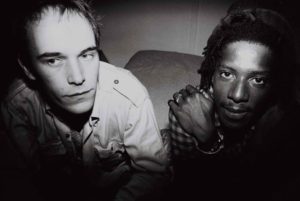 We take a look at the band's early dub showcase record The Pounding System to see if it's stood the test of time on its recent Vinyl re-release. Long perceived to be a cornerstone of maverick British producer Adrian Sherwood’s pioneering output with his Dub Syndicate crew, The Pounding System (Ambience In Dub) has received a welcome re-release on heavyweight, high quality … END_OF_DOCUMENT_TOKEN_TO_BE_REPLACED