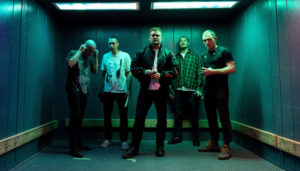 Having already released four tracks from their ‘Kanye inspired’ album, fans have anticipated for Cold War Kids to release the rest of their record, New Age Norms 1. With lyrics to inspire a generation, Cold War Kids have outdone themselves with their animated instrumentation and positive sensations. In a recent interview, Nathan Willett described the album as "having a strong … END_OF_DOCUMENT_TOKEN_TO_BE_REPLACED