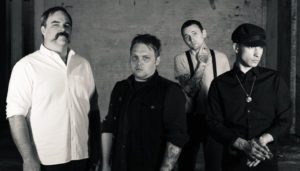 Daughters album You Won't Get What You Want adds a level of progression from previous work, allowing for a chaotic and all-consuming record that doesn't quit.  Eight years have passed since Daughters released their self-titled album, and You Won’t Get What You Want is worth the wait. Sure, there are similarities between this record and past Daughters releases, but this record … END_OF_DOCUMENT_TOKEN_TO_BE_REPLACED