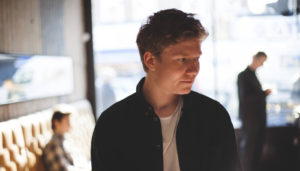 The London producer’s accomplished debut album, Aletheia, demonstrates a consummate command of moods and instrumentation as it saunters effortlessly between a plethora of electronic and downtempo styles. In 2015, the London musician aka O’Flynn caused ripples in clubland with his acclaimed 12” singles, Tyrion and Desmond’s Empire, a pair of supple productions that elicited … END_OF_DOCUMENT_TOKEN_TO_BE_REPLACED