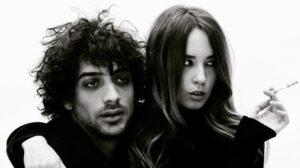 Rock operas were all the rage for a period of time, now Anglo-French duo TTRRUUCES show us theirs on their self-titled debut. Jules and Natalie, musical duo TTRRUUCES could be described as Sgt. Pepper played by Tame Impala tripping in a field. It's a big compliment being compared to a global icon as well as current psychedelic torchbearers, and is also seemingly justified. … END_OF_DOCUMENT_TOKEN_TO_BE_REPLACED