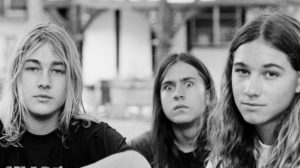 Matthew Wand takes a look back at the humble beginnings of post-grunge stalwarts Silverchair as we approach the 25th anniversary of their debut album, Frogstomp. In March of 1995, a three-piece post-grunge band emerged onto the world stage. Hailing from Newcastle, New South Wales in Australia, their debut album was Frogstomp. They were just fifteen years old, had a bunch of … END_OF_DOCUMENT_TOKEN_TO_BE_REPLACED